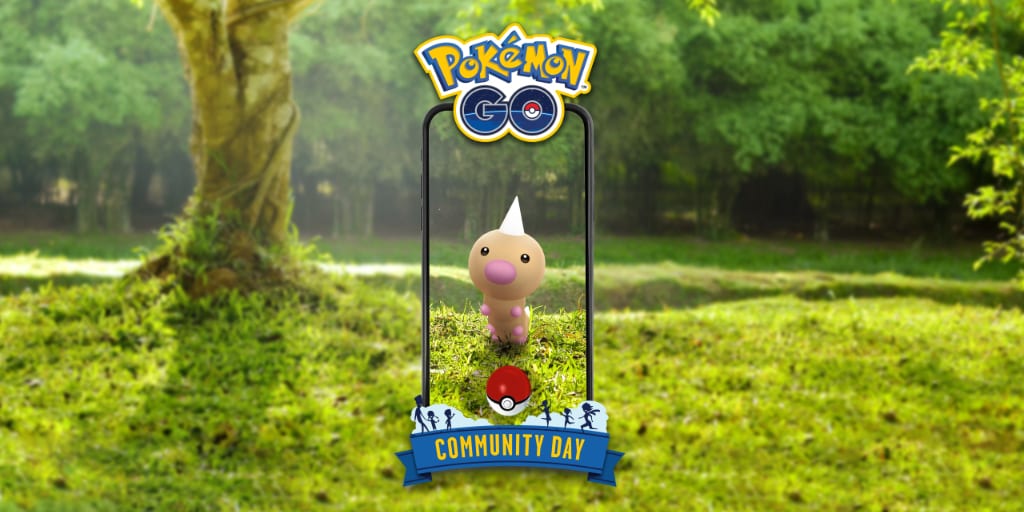 Thanks to a Twitter poll, the featured Pokemon for the June Community Day will be none other than the Bug-type, Weedle. This lowly creature is finally getting some attention in Pokemon GO.

Starting on June 20 at 11 a.m. local time (until 5 p.m.), you’ll be able to find Weedle more often in the wild. It’s already exceedingly common, but there will still be a noticeably more than usual. And just like every other Community Day, you might find a shiny version of the featured Pokemon.

There’s also going to be a different Pokemon photobombing your pictures. If it’s anything like the last event, then it’s likely that a Weedle may wander in front of your camera during a shot.

A special Community Day event box will also be available in the Shop during the event. We’re not sure how much it will cost, but past Community Day boxes have gone for 1280 Poke Coins. The box will contain one Elite Charged TM, 30 Ultra Balls, three Star Pieces, and three Incense.

The most intriguing feature of the event will be the exclusive attack that Beedrill will learn during Weedle Community Day. This often-overlooked Pokemon will be getting the Ground-type move, Drill Run, which could make Beedrill a viable choice in Great League PvP battles.

It’ll be interesting to see how that pans out, but we haven’t even gotten into the bonuses yet. There are two standard ones that we’ve gotten used to at this point. Any incense activated during the event will last for three hours and Great Buddies or above will be able to bring you items.

These are the two bonuses that we’ve been seeing in these events thanks to the lockdowns around the world. And then the third bonus seems to rotate between boosting Stardust, XP, or Candies earned. This time around you’ll be able to get triple Stardust for every Pokemon that you catch during Weedle Community Day.

At the end of the announcement they also revealed that unlike last month, they will not have a livestream event for Community Day. If you would like to read the official release from The Pokemon GO Team, then you can check it out here.

If you can’t get enough Pokemon GO news, then check out our coverage of the game here on Twinfinite:

And if you’re having trouble taking down Reshiram in level-five raids, then check out our Raid Guide.