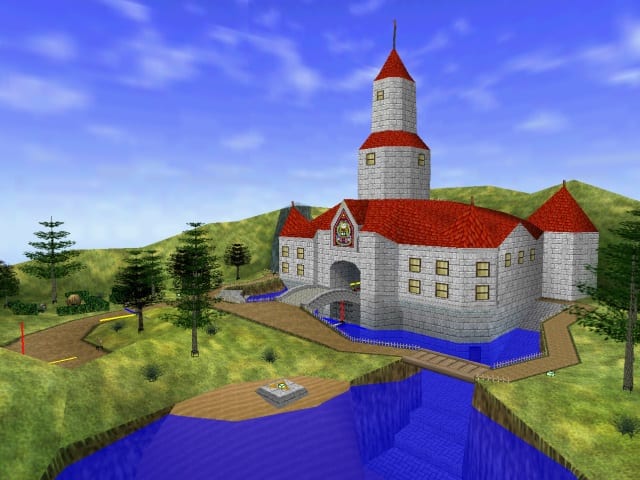 The Legend of Peach, the pending title for this new Legend of Zelda Ocarina of Time mod that ports over the Super Mario 64 maps into the Zelda game, looks absolutely amazing.

The mod, created by @MelonSpeedruns, puts the Super Mario 64 map in Ocarina of Time. So far the short demo only includes the castle ground, the main castle interior, and the Bob-Omb Battlefield area.

Even though structurally it’s the exact map from Super Mario 64, it’s made within the game and engine of Ocarina of Time. Things like trees, walls and floors, bridges, and enemies are from Zelda but have been placed to mirror Mario 64.

There are even rupees instead of coins!

In very Zelda fashion, there are areas that are not accessible yet and will require you to get items like the hook-shot in order to nab things like heart pieces.

MelonSpeedruns has said that some of these items are obtainable through speed-running tactics and glitches. It’s a good thing old school Zelda games have been picked apart for such glitches.

The other doors in the castle are blocked off by skulltulas in a clever way to keep the demo contained.

MelonSpeedruns says he got the idea from a video from YouTuber SwankyBox, where he talked about if Mario and Link swapped places.

If you want to check out the mod, hit up hylianmodding.com and if you like MelonSpeedruns and their work, check out his Twitter page.