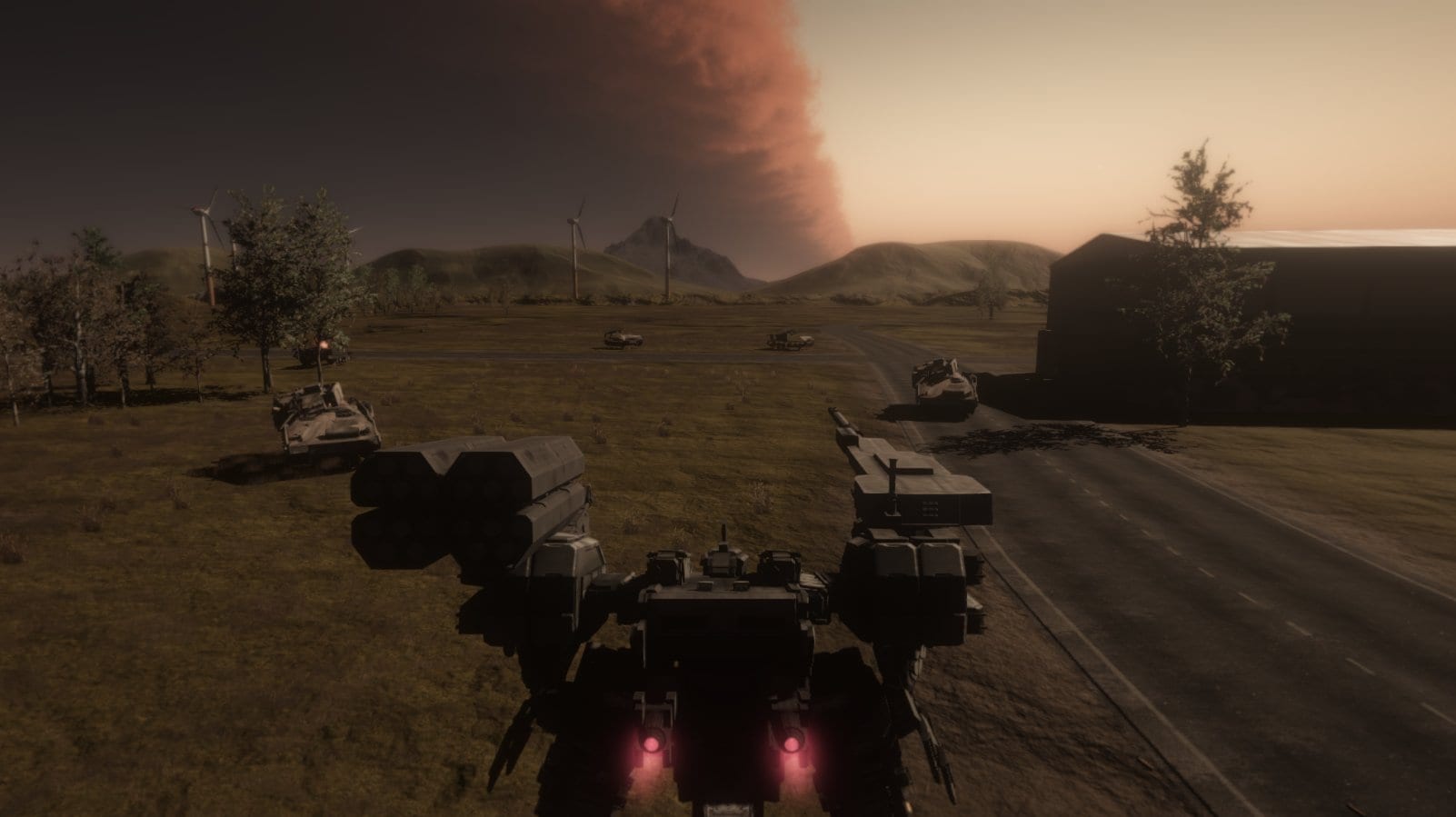 We get to see shoulder-mounted automated turrets and rocket launchers, work done on a new level, improvements made to movement and boosting, voiced dialogue, a skill bar, and the campaign map.

You can check everything out below in the order in which each tweet was posted, to give you a good idea of how quickly this game is progressing, which is very impressive considering that it’s made by a one-man-team.

If you want to see more, you can enjoy the first development vlog, the second, the third, and the fourth.