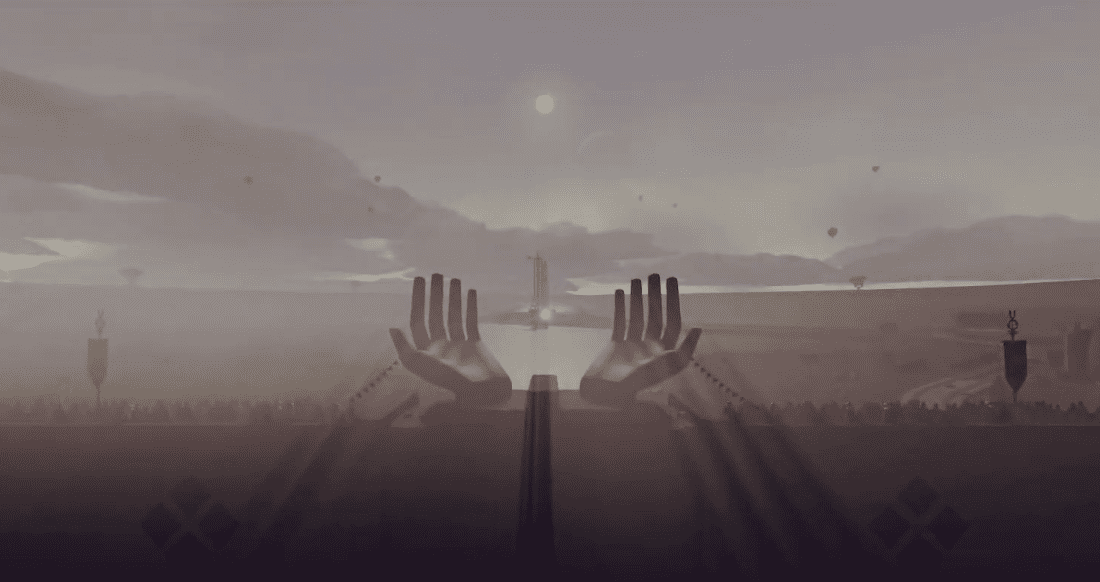 Not every PlayStation 5 game is set to be a bombastic action-fest, as seen by the reveal trailer for Jett: The Far Shore.

Streamed during the PlayStation 5 digital reveal event held on June 11, the trailer places viewers in the midst of a celebration. Unknown beings sing out to the heavens in a sort of celebration, while panning shots show off architecture that gives off highly spiritual vibes.

The view then goes to the edge of a launching space craft headed for parts unknown in the final frontier. Following a brief pause, the craft launches off into the inky black void, engines aglow amidst an eerie calm. A counter shows how long it has been in space for, and continues to climb the further into the trek it is.

From there, views of several different terrains and planetscapes can be seen, with different parts of the space craft making their way forward on the adventure. One moment, a shuttle can be seen being guided along forceful and tearing winds. The next, a cruiser makes its way through waves of water or fog, pushing forward toward some as yet unknown goal.

All the while, calm yet sorrowful music plays on in the background, building into a boom of sound to go along with the new sights seen in the distance and the somewhat chaotic natural phenomena all around the player character.

It’s all very soothing and meditative, and those interested won’t want to skip out on seeing the full trailer below.

Jett: The Far Shore is currently slated for release on the PS5 and PS4, as well as PC via the Epic Games Store, during the 2020 Holiday season. For more on some of the big announcements coming out of the PS5 reveal event, check out the teaser trailers for Spider-Man: Miles Morales and Gran Turismo 7.