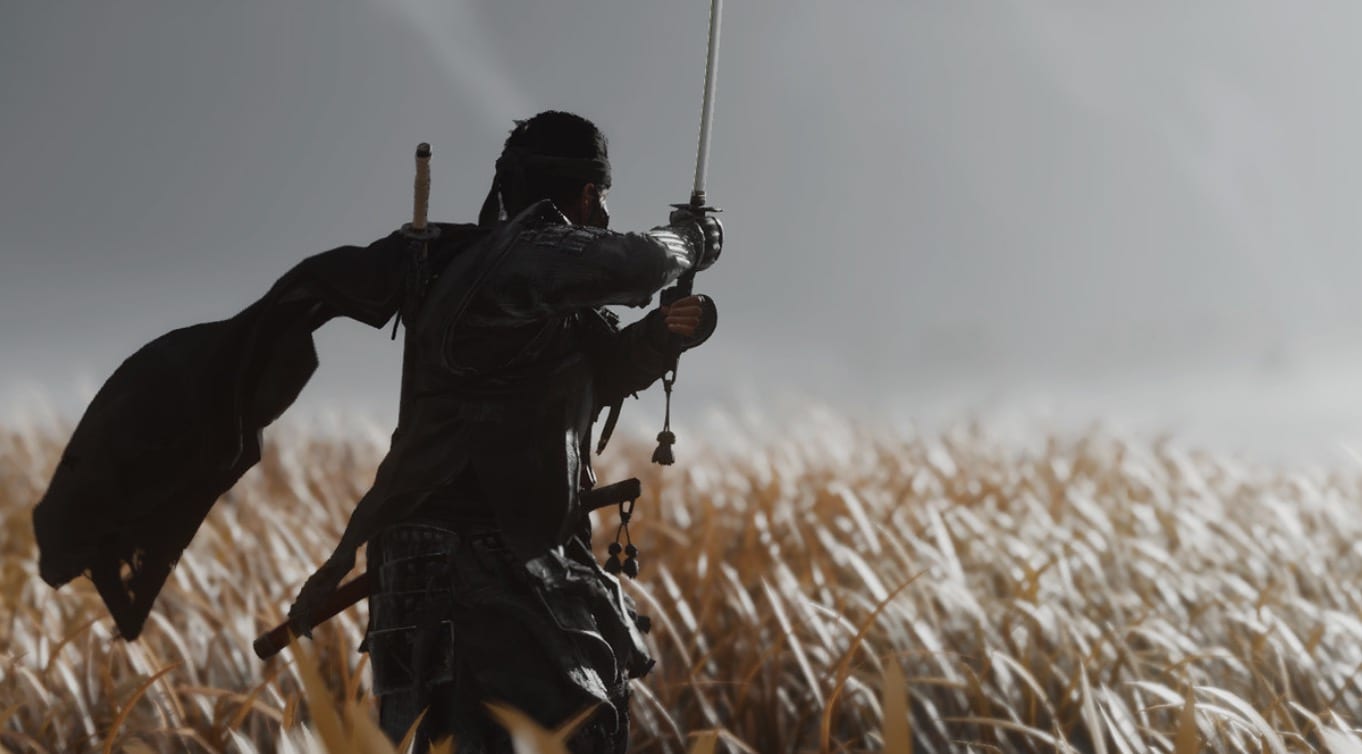 The upcoming PS4 exclusive, Ghost of Tsushima, is all about feudal Japan and it takes lots of inspiration from classic and modern samurai movies to make sure that the game can truly capture the essence of a samurai fantasy, which is something that Chris Zimmerman, Co-Founder of Sucker Punch, elaborate on in this official PS Blog post.

According to Zimmerman, the goal for Ghost of Tsushima has always been to emulate the feel of those incredible samurai movies that are so beloved:

Our goal with Ghost of Tsushima has always been to capture the heart of the samurai fantasy — to transport you back to feudal Japan, to live through the beauty and danger of Tsushima Island under attack. Our hero, Jin Sakai, has trained his whole life in the samurai way — watchful, precise, disciplined, deadly. He’s a master of the katana, a confident horseman, and skilled with the bow… but those skills aren’t enough when faced with thousands of Mongol invaders. He needs to be something more than the perfect samurai if he wants to save his home. That’s what Ghost is about.

When it comes to the samurai sword fighting gameplay in Ghost of Tsushima, the team decided on focusing on three very important aspects: speed, sharpness, and precision.

The team wants the combat to feel fast but also feel believable. Those moments in samurai movies seem cool but the moves are telegraphed and choreography has been taught. But in Tsushima, the enemy attack motions will be very realistic and also slightly nerve-wracking for the player to deal with.

As for the sharpness side of things, “Respect the Katana” was one of the mantras for the dev team during the development of Ghost of Tsushima. Not only is Jin’s Sakai Storm weapon incredibly sharp but so are the Mongols’. Death is always close to you as sharp weapons and aggressive enemies are constantly nearby.

And last but not least, the focus on precision.

That starts with responsiveness, making sure that Jin reacts instantly to the player’s input. Quick attacks happen quick. We work hard to make our animations fluid, to flow naturally between movements — but if forced to make a choice, responsiveness wins out over physical accuracy. Jin does have slower, more powerful attacks, but they can be instantly canceled at any point, leaving Jin free to respond to unexpected events, like the shout of a Mongol charging in to attack. Starting a high-level attack only to cancel it when circumstances change is an important part of high-level play.

You can watch a video down below that shows the player switching stances at an attempt to take down a group of enemy Mongols:

Ghost of Tsushima is set to launch as a PS4 exclusive on July 17, 2020. Originally slated to release earlier this year, the title was slightly delayed.

Just yesterday, the development team announced that Ghost of Tsushima has gone gold, which in industry lingo means that the game has been completed and is ready to be shipped on a disk. However, there will still be a day-one patch for updates.

Thanks to an ESRB description for the game, we also learned that Ghost of Tsushima will show “a man’s exposed buttocks” among other “mature” things.