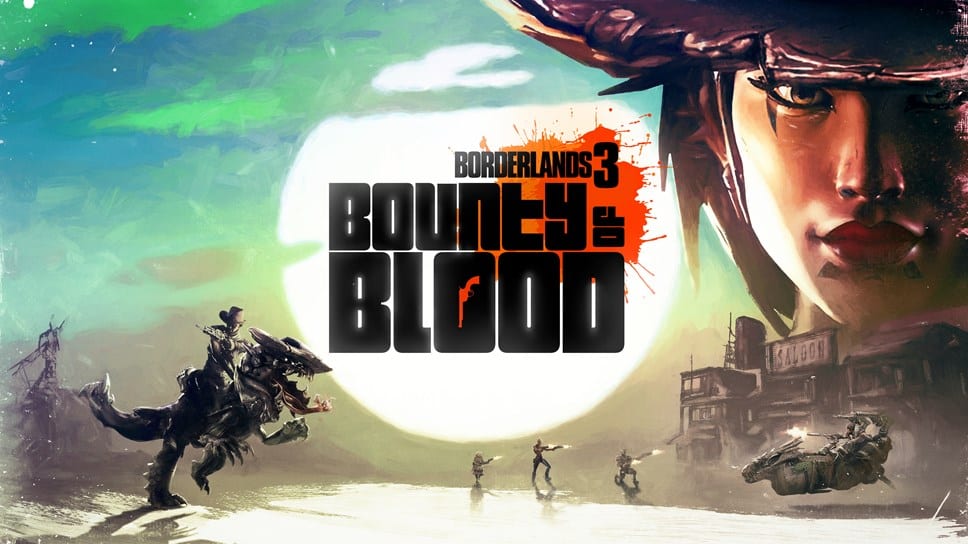 Starting today, the soundtrack for the new Borderlands 3 DLC Bounty of Blood is available through the usual streaming/purchasing channels.

Bounty of Blood is a strange mix (as when is anything in Borderlands not) of Old West and Japanese culture, so you can bet the Bounty of Blood soundtrack is able to give you the best of both.

The Bounty of Blood soundtrack is available for listening through Spotify, Apple Music, Amazon Music, and more. You can purchase it through iTunes if that strikes your fancy.

The Bounty of Blood soundtrack consists of 7 tracks, all are named (minus Intro, of course) after their respective settings in the game.

These songs are all the creation of Raison Varner and include some of Brandon Potter’s narration heard in the DLC.

Video game soundtracks are an excellent way to connect with series you love or get into the moment on other games. If you are looking for more, Capcom just released a whole spread of soundtracks for their IP like Resident Evil, Monster Hunter, and yes, even Ace Attorney on Steam.

However, if streaming is more your desire and you still want something dark and atmospheric, Konami (stay with me, now) released all of the soundtracks for the Castlevania series on Spotify.

Speaking of Borderlands 3, we are currently in the process of playing and creating guides for the Bounty of Blood DLC, so if you are doing the same and would like some extra knowledge, check out our Borderlands 3 Guide Wiki.