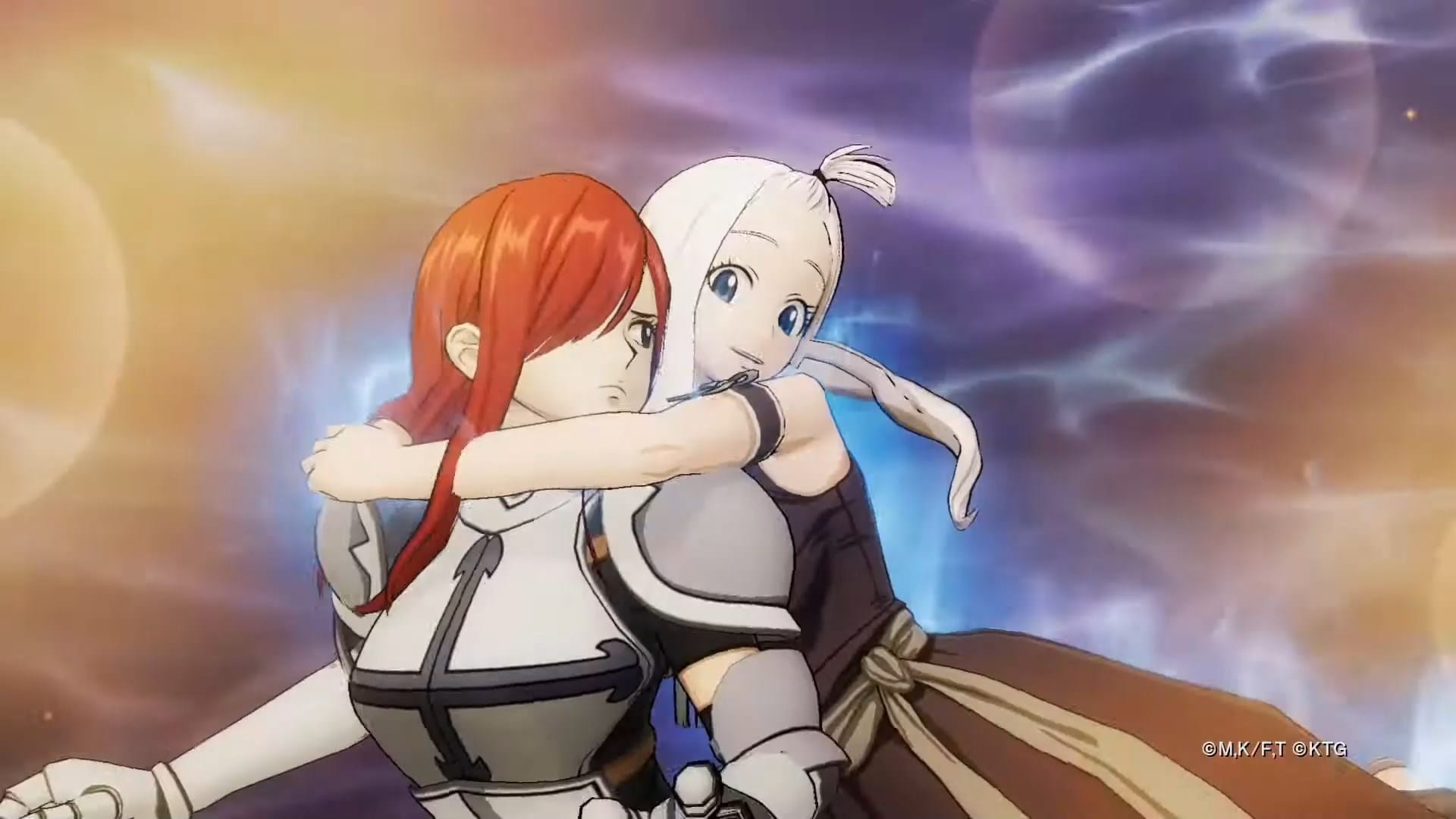 The trailer focuses on the Unison raid done by Ezra Scarlet and Mirajane Strauss respectively wearing the Heaven’s Wheel Armor and the Satan Soul form.