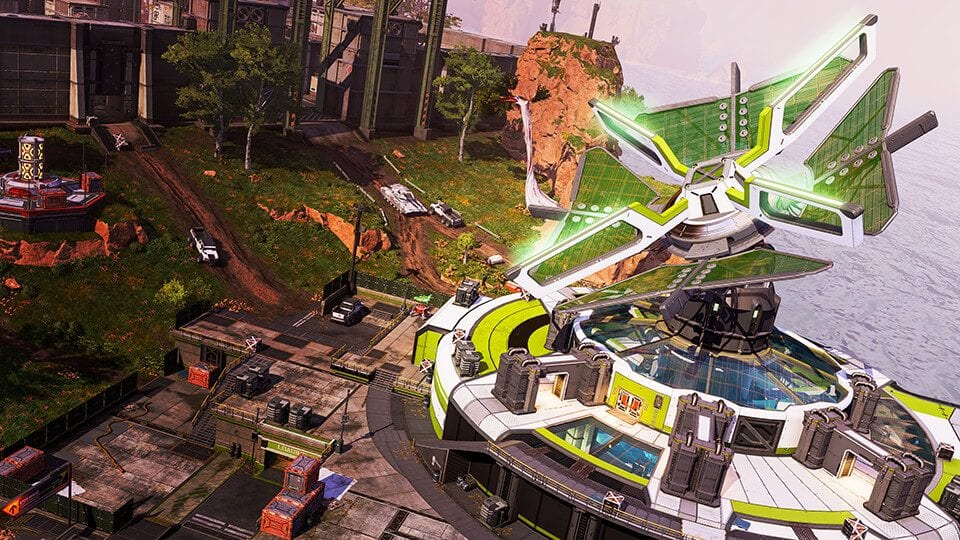 As announced during the EA Play Live event last week, the Lost Treasures Collection event will add more cosmetic items to be earned alongside a modified Armed & Dangerous limited-time mode.

The mode will still feature shotguns and snipers only, but players start with a Mozambique, Evo armor, and the new Mobile Respawn Beacon that allows players to place it anywhere in the map to respawn teammates.

The Kings Canyon also receives a new location with Crypto’s Map Room, located on the southeast side of the map. The giant satellite dish will allow players to see “the location of all Legends on the map” and enemy squads nearby.

The patch notes for the update brings new changes to several characters. Lifeline’s drone ability can now revive downed teammates in addition to healing, though the ability replaces her Fast Heal passive for 25% faster self-healing.

Other changes include the ability to double jump off Octane’s Launch Pad, Revenant’s Death Totem range has been removed, Wattson can deploy up to three pylons at a time but for 90 seconds each, and ziplines now have an increasing cooldown each time one is re-grabbed without touching the ground.

The Lost Treasures Collection event and update begins Tuesday, June 23 for Origin on PC, PlayStation 4, and Xbox One. Apex Legends is planned to launch for Nintendo Switch and Steam with cross-platform play between all versions enabled this fall.

Total War: Warhammer 3 Blood for the Blood God III DLC Is as Bloody as You Expect in New Trailer