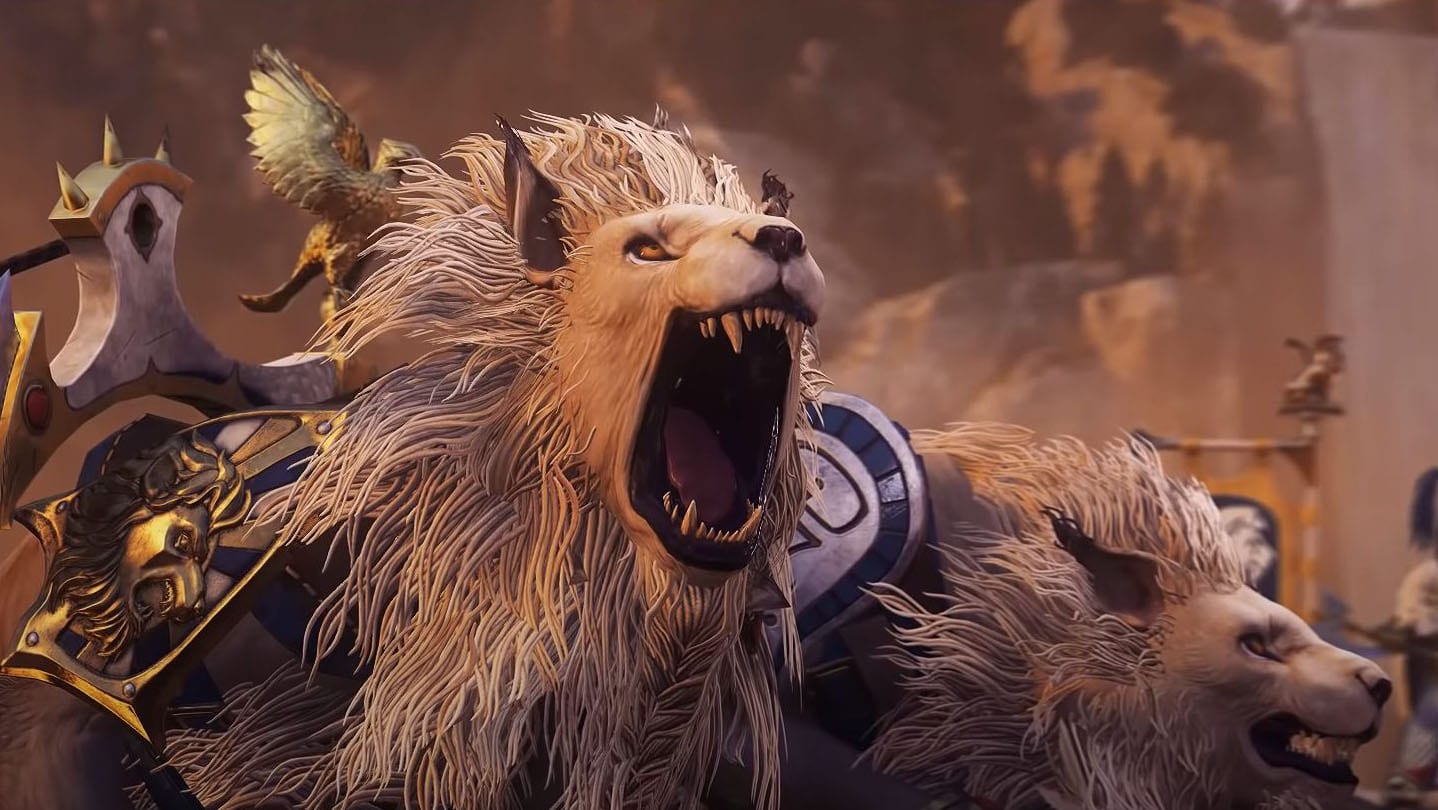 This time around, we take a look at an iconic unit making its entrance into the ever-growing strategy game, White Lion Chariots of Chrace.

On top of the bodyguards of the Phoenix King, which are pretty much the least-elvish Elfs ever designed (and I mean it quite positively), we also get to see the lion as a unit of their own, which is certainly an interesting addition to the High Elf arsenal.

As usual, it’s a pleasure to see this game continuing to keep alive the classic and beloved Warhammer setting after Games Workshop basically killed it on the tabletop with that abomination called Age of Sigmar.

If you want to see more, you can take a look at the original announcement of the DLC, which will release on May 21.

If you’re unfamiliar with it, here’s how Creative Assembly describes the new content:

“The Warden & the Paunch is the latest Lords Pack for Total War: WARHAMMER II. Introducing two rival Legendary Lords from the world of Warhammer Fantasy Battles, each with their own factions, objectives, mechanics, units and playstyle, for use in both the Eye of the Vortex and Mortal Empires campaigns, and custom/multiplayer battles.

Eltharion the Grim commands Yvresse (High Elves) while Grom the Paunch leads the Broken Axe Tribe (Greenskins). Neither Yvresse nor the Broken Axe tribe are involved in the Vortex race, but are pitted against one another as eternal nemeses, on a collision course to a final climactic encounter where only one can emerge the victor.

Long has Eltharion the Warden of Tor Yvresse stood sentinel, ever-watchful for signs of Greenskin incursion. While he campaigned overseas against the Druchii of Naggarond in ages past, Tor Yvresse nearly fell as the green tsunami of Grom the Paunch’s legendary Waaagh! roared through Ulthuan. After defeating Grom and scattering his hordes, Eltharion swore that no Orc or Goblin filth would ever set foot in his lands again.

But Grom has other designs. His cavernous belly aches for a rematch, and his hunger for vengeance is matched only by his titanic appetite. As his gobbos tend to the bubbling cauldron, delighting him with each tasty new morsel, his plans begin to set. He’ll gather them all, the bosses and the boys, wind them up to a fever pitch, and lead them on a Waaagh! the likes of which the world has never seen. This time, Tor Yvresse will fall, and its snooty Warden will kneel before the mighty Paunch!”