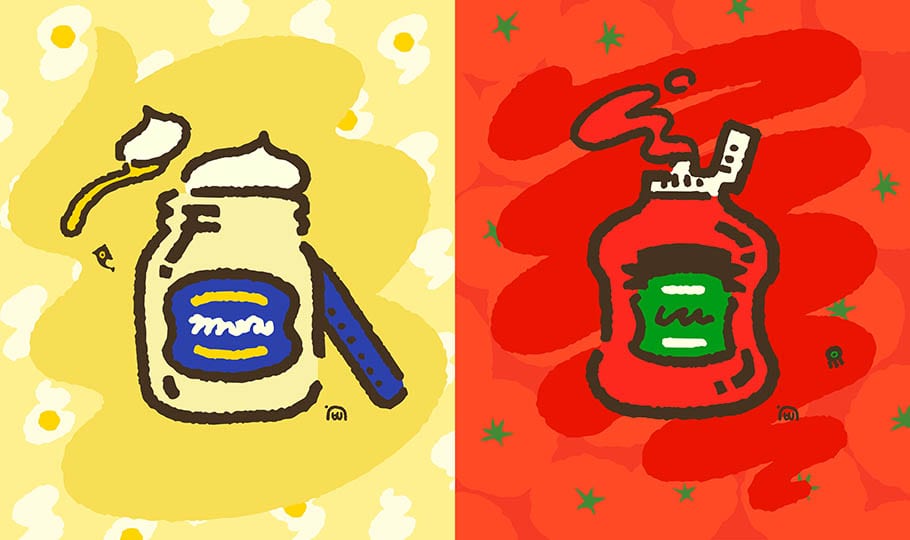 This just in: Ketchup is the superior condiment, as decided by players in the bonus, one-off Splatfest in Splatoon 2. The Nintendo Versus Twitter account announced that Team Ketchup reigned over Team Mayo this weekend.

You might remember that the team of this Splatfest has happened before. In fact, it is the same matchup as the very first Splatfest in Splatoon 2, held in August 2017. Back then, mayo beat ketchup 2-1.

Clearly, the results were different this time. Ketchup won the popular vote, just like last time, but this time, it also won in the “pro” battles, bringing the results to 2-1 against mayo.

Splatfests officially ended in Splatoon 2 last year in July, but Nintendo decided to bring back an old matchup that was “so contentious” they had to do it twice. They called it a “one-off” Splatfest, meaning we probably shouldn’t expect another anytime soon.

If you participated in any battles for either Team Ketchup or Team Mayo, as always you can claim some Super Sea Snails in the game’s plaza as a reward. These allow you to reroll the slots on your gear, so if you still play Splatoon 2 regularly, they are valuable items to have.

Since this might be the actual end to Splatfests and updates to the game, many players wonder what’s next for Splatoon. Could we see a Splatoon 3 on the Switch in the future? Only time will tell.