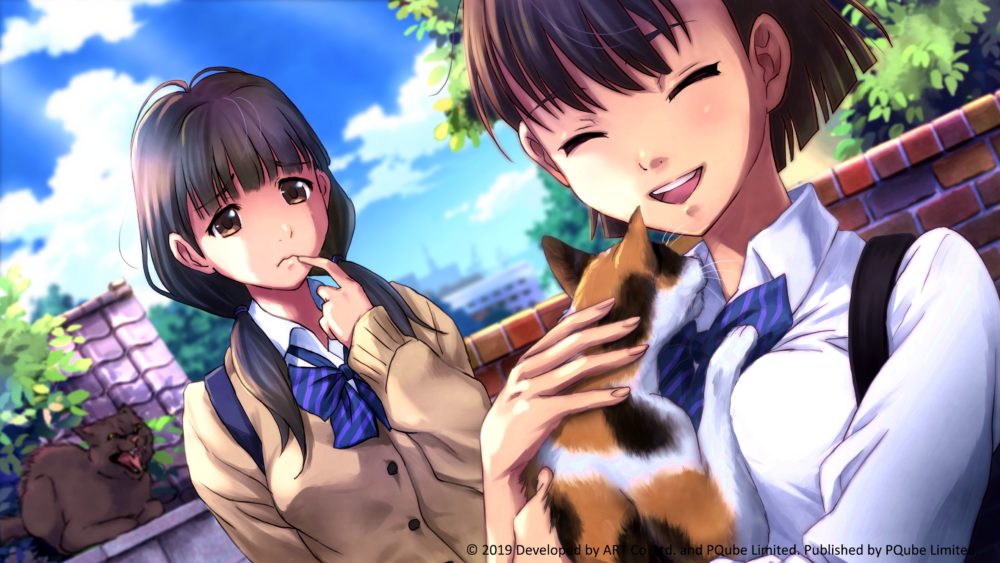 Today British publisher PQube reached out a press release teasing its future plans and celebrating the upcoming anniversary of the visual novel Kotodama: The 7 Mysteries of Fujisawa.

First of all, we hear that PQube is about to unveil a brand new IP soon. At the moment we don’t know if it’ll be another project in collaboration with a Japanese developer like Kotodama.

Speaking of Kotodama itself, it will celebrate its first anniversary on May 31.

As a result, later today the Nintendo Switch version will be discounted by 95% on the eShop. This will bring the price down to £0.79/$0.99/€0.99 depending on where you live for two weeks.

If you want to see more about the game, you can check out a few screenshots and the latest trailer.

You can also enjoy our interview with PQube marketing manager Geraint Evans, and the previous trailer showcasing the puzzle gameplay.

Kotodama: The 7 Mysteries of Fujisawa is also available for PS4 and PC. You can read a handy description below.