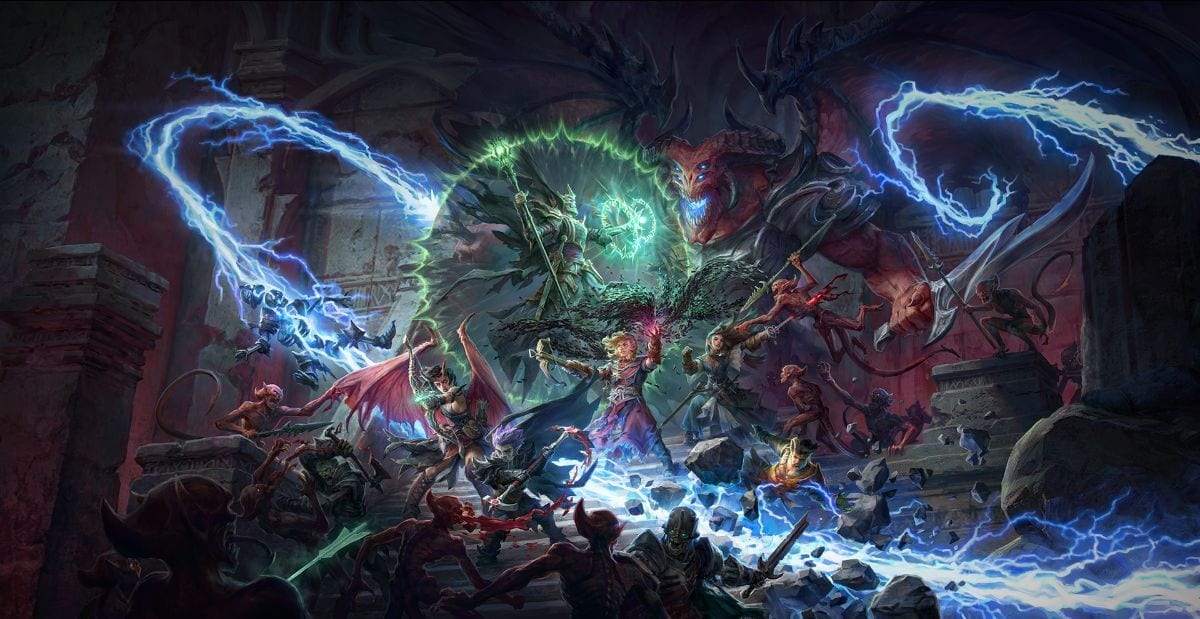 Developer Owlcat Games’ anticipated CRPG sequel Pathfinder: Wrath of the Righteous has moved into the first phase of its alpha testing. From now until May 21, those who backed the game over on Kickstarter will be able to play its first two chapters of the epic adventure.

The announcement was made today via a press release sent to Twinfinite, which featured a statement from head of studio Oleg Shpilchevskiy, who said:

“These are rough times we are living in right now, but we are doing our best to keep up with our development schedule and deliver the game as promised.

Now that the alpha version is available to our backers, we are thrilled to receive feedback from our core fans.”

The alpha allows fans to try out six new classes and two prestige classes alongside the full roster featured in Pathfinder: Kingmaker. This version also includes 10 new companions and gives players the opportunity to take their first steps toward one of six Mythic Paths (eight will be available once the full game launches next year).

“This is a significant moment for us – it will show us if we are on the right track. Moreover, a lot of the new features we’ve included were funded as stretch goals during our Kickstarter campaign. It’s time to show our progress on some of them, and I hope the backers will be happy with what they see.”

The features Shpilchevskiy refers to include mounted combat, increased reactivity for companions, and a meeting with a new companion named Woljif Jefto. These, however, the developer notes as not yet being complete and likely not to work perfectly. Bugs and performance issues should also be expected, and players are encouraged to report them via the survey form included with alpha access.

For those wanting to support Wrath of the Righteous but missed out on the Kickstarter campaign, the studio has announced that a new Slacker Backer campaign. $15 also gains you access to the alpha via the game’s website. Further funding will go towards the development of a new Hunter class and Dinosaur companions and mounts to the game.

If you’re interested in reading more about Pathfinder: Wrath of the Righteous, do read our interview with Owlcat Games and preview article after a hands-on session with the game.