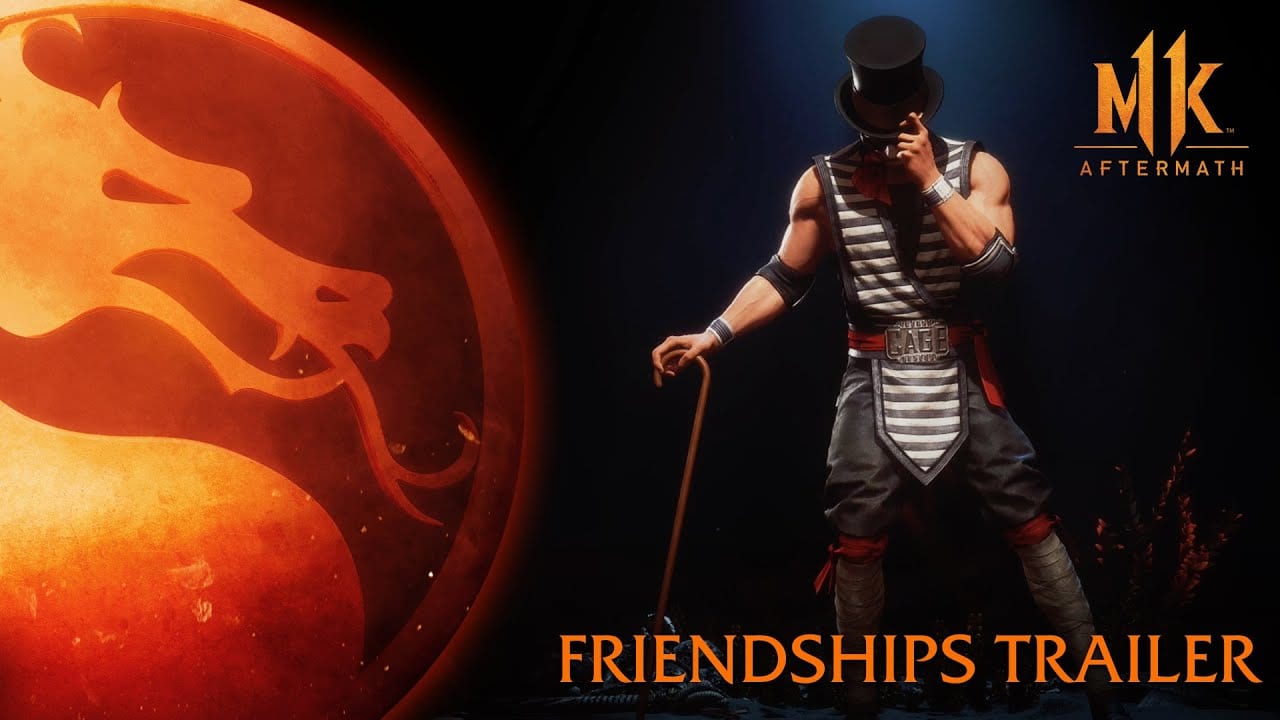 Mortal Kombat 11’s Aftermath DLC is set to introduce a stack of content, including all-new characters and a continuation of the main game’s story. But it’s the return of a fan-favorite feature from the 1990s that’ll have many most excited.

Making its debut in Mortal Kombat II, Friendships were the developer’s mocking retort to an increasing parental backlash over the franchises’ graphic violence. They turned the game’s signature brutal finishers into cutesy, PG-rated animations that looked totally absurd.

And now they’re back for the entire Mortal Kombat: 11 roster. Today, a new trailer showcases a glimpse of what we can expect, and they’re as hilarious as we’d all hoped.

Although it is being advertised as part of Aftermath, the Friendships featured will be added to the game via a free update for all MK11 players when the DLC launches on May 26.

For more on Aftermath, you really should watch the previous trailer which featured a showdown for the ages: RoboCop vs. The Terminator.