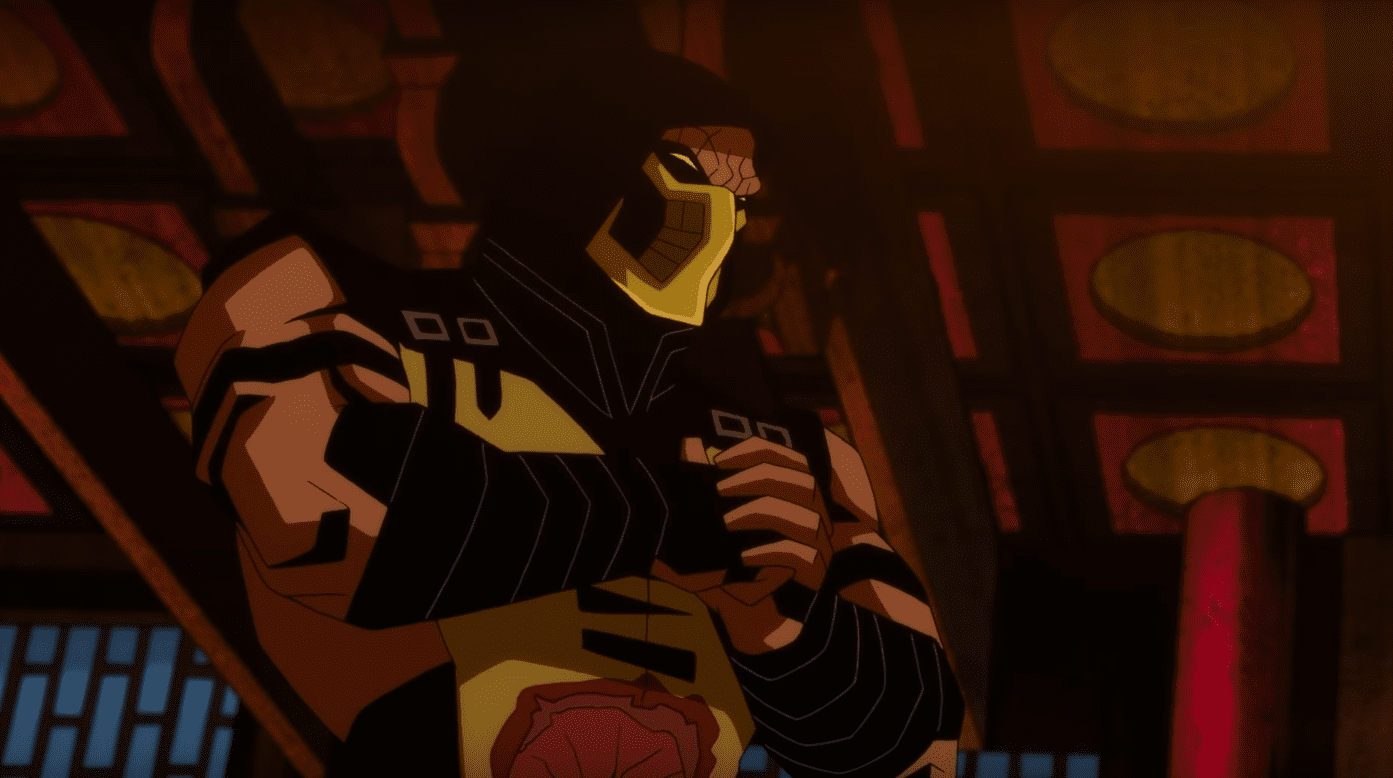 A new red band trailer for Mortal Kombat Legends: Scorpion’s Revenge has dropped, and it provides fans with some back story to go along with its bloodshed.

Streamed through the official Mortal Kombat YouTube channel on Mar. 8, the trailer delves into some of the finer points of Scorpion’s origins. Originally known as Hanzo, his home was attacked by a group of ninja led by Sub Zero.

Though he fought back against them, he was eventually defeated and killed along with his wife, while his child was taken away from him.

The trailer then cuts to his resurrection, upon which he is informed that Sub Zero will be at a high-stakes tournament between Earth Realm and Outer World, and that he can get his revenge by participating. He accepts, and sheds his former name for his new title of Scorpion.

From there, the trailer puts its more violent moments on full display. Bones are broken, limbs are severed and blood shoots out in geysers of gore; sometimes, with all three occurring at once.

This is matched by streams of swear words, middle fingers and the like, which the trailer is all too happy to point to as one of the film’s selling points.

It’s all about as over the top as fans would expect from something tied to the Mortal Kombat series, and it can be viewed in its entirety down below. Being that it’s a red band trailer though, it should be noted that there are violent elements that aren’t appropriate for all viewers.

Mortal Kombat Legends: Scorpion’s Revenge is currently slated for release on Apr. 12, 2020 on Blu-ray and digital. For more on the film, check out its reveal trailer from a couple months back which delves deeper into the stakes of the tournament held between Earth Realm and Outer World.