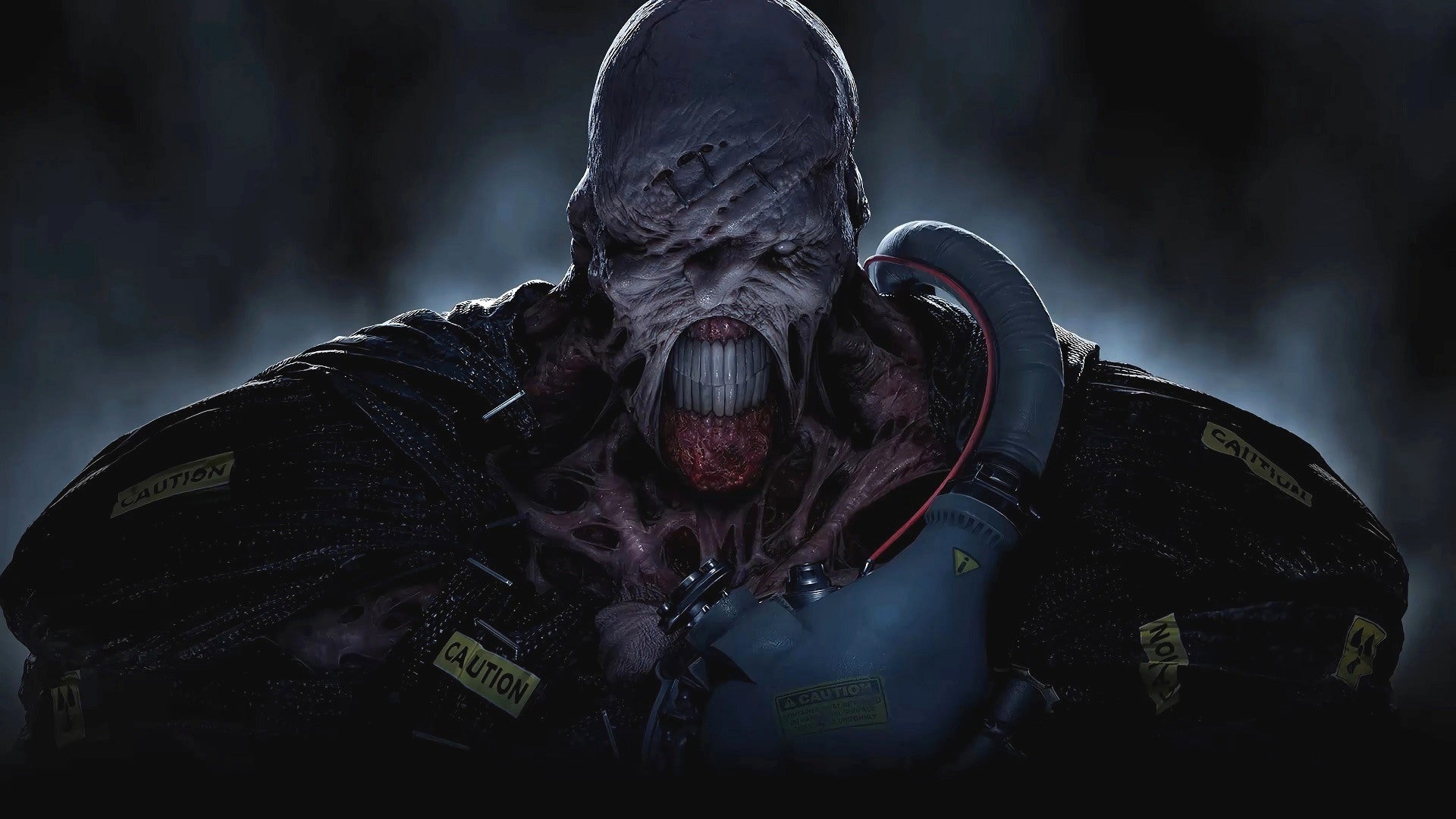 The entirety of Resident Evil 3’s cast were given a makeover in this year’s remake, but one, in particular, caused a bit of a stir: Nemesis’ elongated and a new ability that allowed it to infect zombies stood apart as a major departure from the original game. The changes weren’t all that popular, it has to be said.

But in an interview with the PlayStation Blog today, Capcom has explained their methodology in creating Nemesis 2.0, and as it turns out, the team had Resident Evil 4 and the Ganado firmly on the mind.

Both Mr. X and Nemesis, it is explained, were the result of a corporate race between Umbrella’s American and European branches, the former tackling the t-virus research while the latter handled the Plagas Parasite, NE-α. Nemesis is the brainchild of Europe’s efforts to “find an appropriate live host that could contain NE-α.”

He was rushed into service, Capcom explains, explaining why he was dressed in an all-black outfit almost resembling a body bag:

“Nemesis is not a completed model, but a prototype. The black material is not Nemesis’ official attire and was restrictive gear that was haphazardly, quickly created to contain it, which is why it has such visuals.”

As for Nemesis new tentacle ability, which allows it to infect other zombies, Capcom clarifies the connection between Nemesis and the Ganado:

“Ganado are humanoid enemies that are created through being infected with the Plagas parasite, the original basis for NE-α. When the Plagas activates, it spawns from the neck of its host in the form of a tentacle.

NE-α was created to imitate this parasitic quality. We wanted NE-α infected enemies to be visually similar to the Plagas-infected Ganados as a means for fans to piece together how Nemesis fits within the whole Resident Evil franchise.”

So there you have it — a method behind the madness of changing Nemesis’ appearance and abilities so drastically. And is it just me or does it feel as though we’re a step closer to hearing of Resident Evil 4 Remake’s development as confirmed when Capcom speaks so candidly about wanting to incorporate the Plagas Parasite into RE3?

I’m clutching at straws, perhaps, but it would make sense to spend time connecting the two games’ lore if Resident Evil 4 truly is to be remade, as some rumors have suggested.

Today’s PlayStation Blog interview follows on from news that both Nemesis and Nicolai are now playable in Resident Evil 3 Remake’s multiplayer spin-off, Resistance.