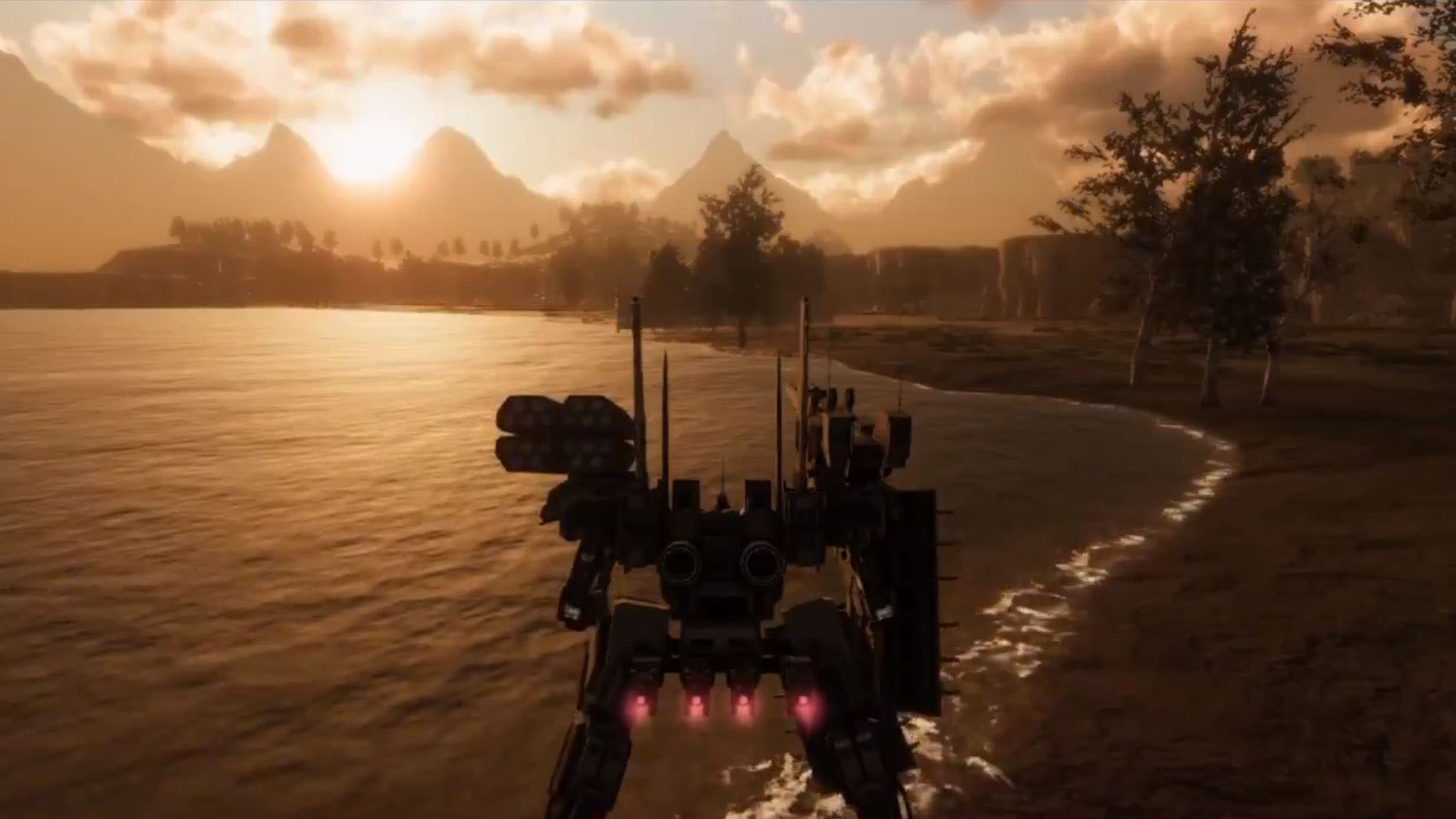 We learn that he’s going to add color and pattern customization for the already highly-customized mech that we’ll get to control in the game.

We also get to see a prototype picture and a video showcasing another element you will be able to color-pick, which is glowing eyes and other light details.

As a bonus, we also get to take a look at a new torso and assault rifle, which the developer added in his quest to provide more and more parts to pick from.