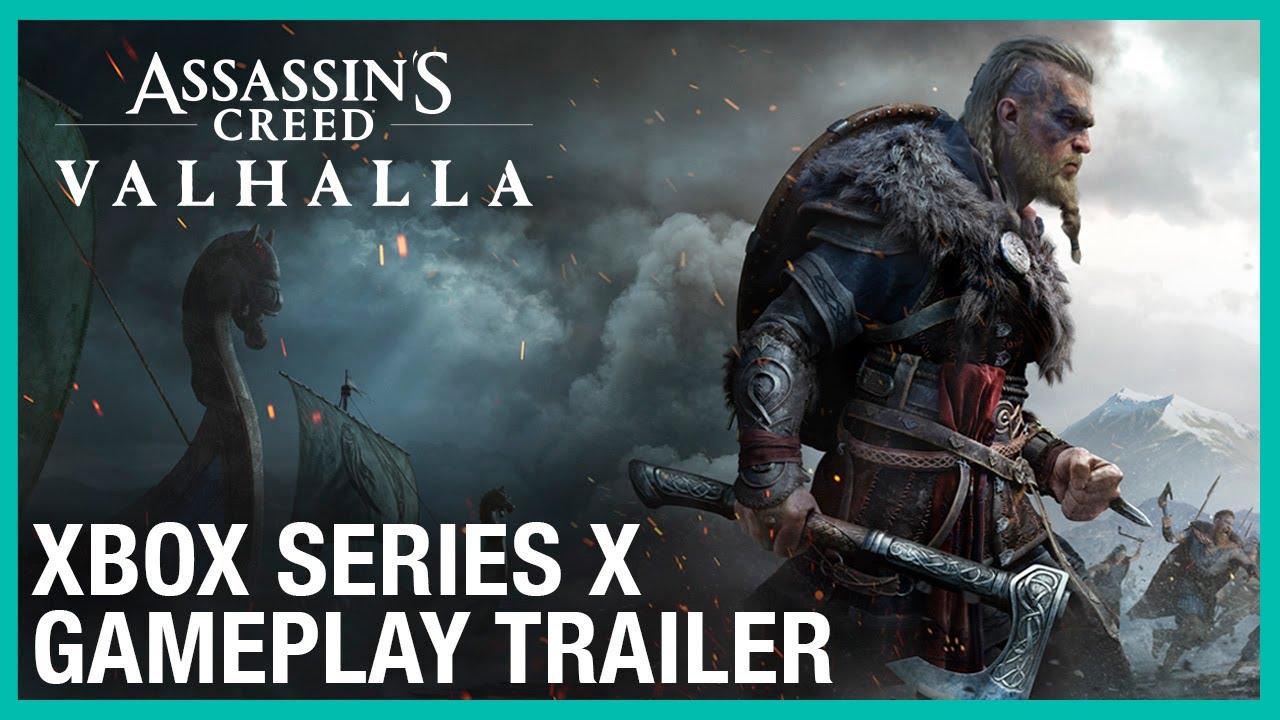 The epic cinematic reveal of Assassin’s Creed Valhalla last week confirmed a long-standing rumor that the next game in the series would be Viking-set. While teeing up its story premise, the trailer teased anticipated features both new and returning. But now, thanks to a new trailer shown during today’s Inside Xbox digital event, we have our first look at how those will play out in-game… sort of.

While Microsoft and Ubisoft were keen to tout it as a “gameplay reveal,” the sequence more of a first glimpse at Valhalla in-engine; more of a story montage, there isn’t any demonstration as to how Valhalla will actually play.

Still, at least we get to see what is presumably Valhalla running on next-generation hardware. Ashraf Ismail, Creative Director of Assassin’s Creed Valhalla commented on his experience working with Xbox Series X:

“As developers, we’re always excited to work with new hardware because it gives us a greater ability to express our creative vision. Assassin’s Creed has always been committed to exploring new technologies and leveraging new consoles abilities to deliver the most immersive experience possible. We are excited to be collaborating closely with Microsoft to bring Assassin’s Creed Valhalla to the Xbox Series X.”

In case you aren’t up to speed, Valhalla is set in the 9th Century, with players take on the role of a male or female Viking named Eivar as they lead a clan of Viking warriors across the sea from Norway to England to plunder and settle on Saxon land.

While loosely based on history, Twinfinite was bothered by a bunch of niggles in regards to accuracy that you can read here. Otherwise, if you’re not a history dork then why not check out Valhalla’s various special editions.