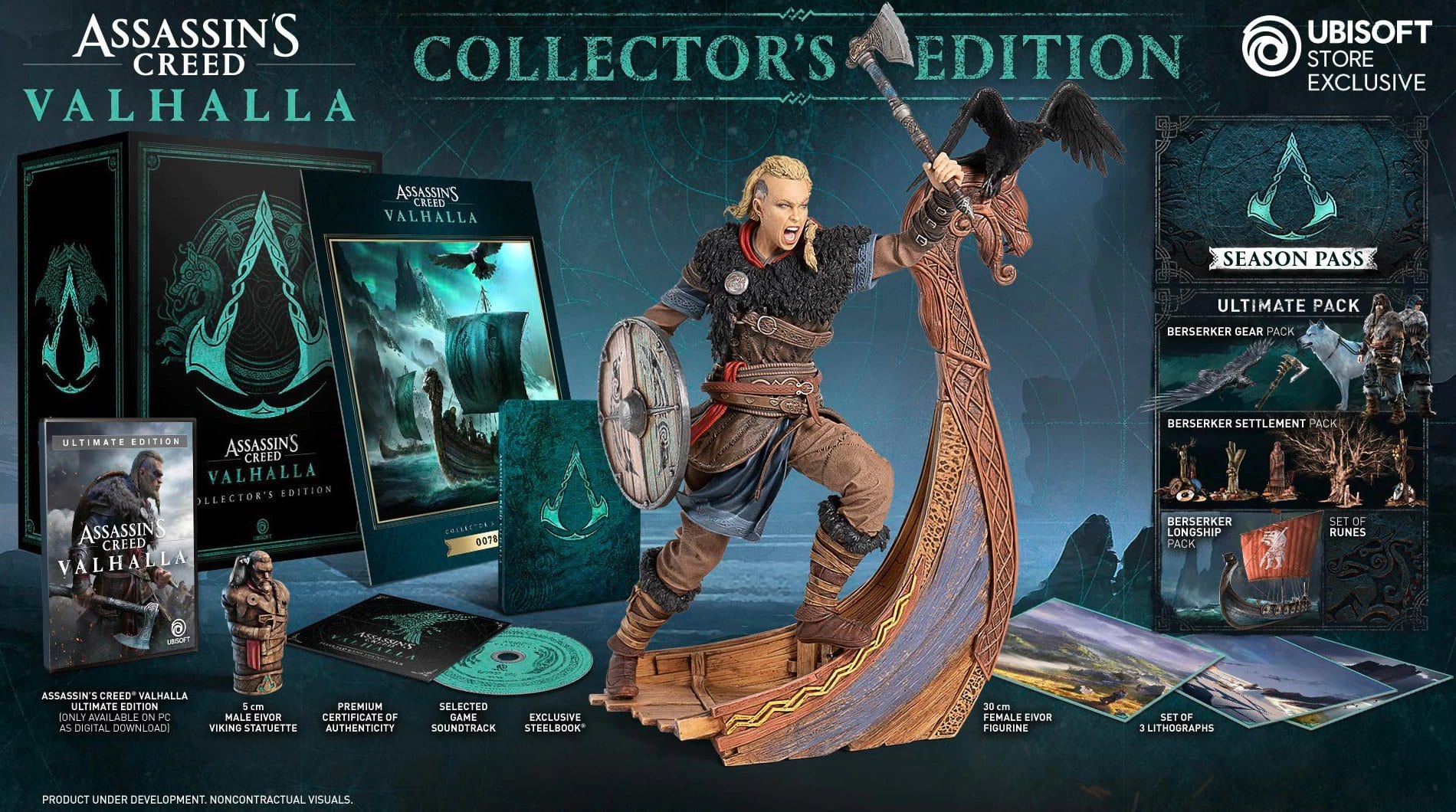 Assassin’s Creed Valhalla was revealed properly for the first time earlier today in a cinematic trailer, and new information on the game’s various editions has quickly followed.

As is standard now for the AAA video game industry, the game can be purchased in several different editions, from a basic Standard Edition to $199.99 Collector’s Edition (pictured above), complete with a large statue of female Eivor.

The full list of editions and their contents is as follows:

Standard ($59.99) – At this stage, the standard is seemingly just the game itself — though you can expect some form of pre-order bonus to be announced in the near future.

Gold ($109.99) – The game + the season pass, likely available in both physical and digital guise.

Ultimate (price TBC) – This version comes with the game, season, and the following extras:

Collector’s ($199.99) – The most expensive edition comes with all the content in the previous editions, including:

Most editions are already available to pre-order over on Ubisoft’s website.

To help make your decision, make sure you check out both Valhalla’s new trailer and artwork images of the game shared by Ubisoft.