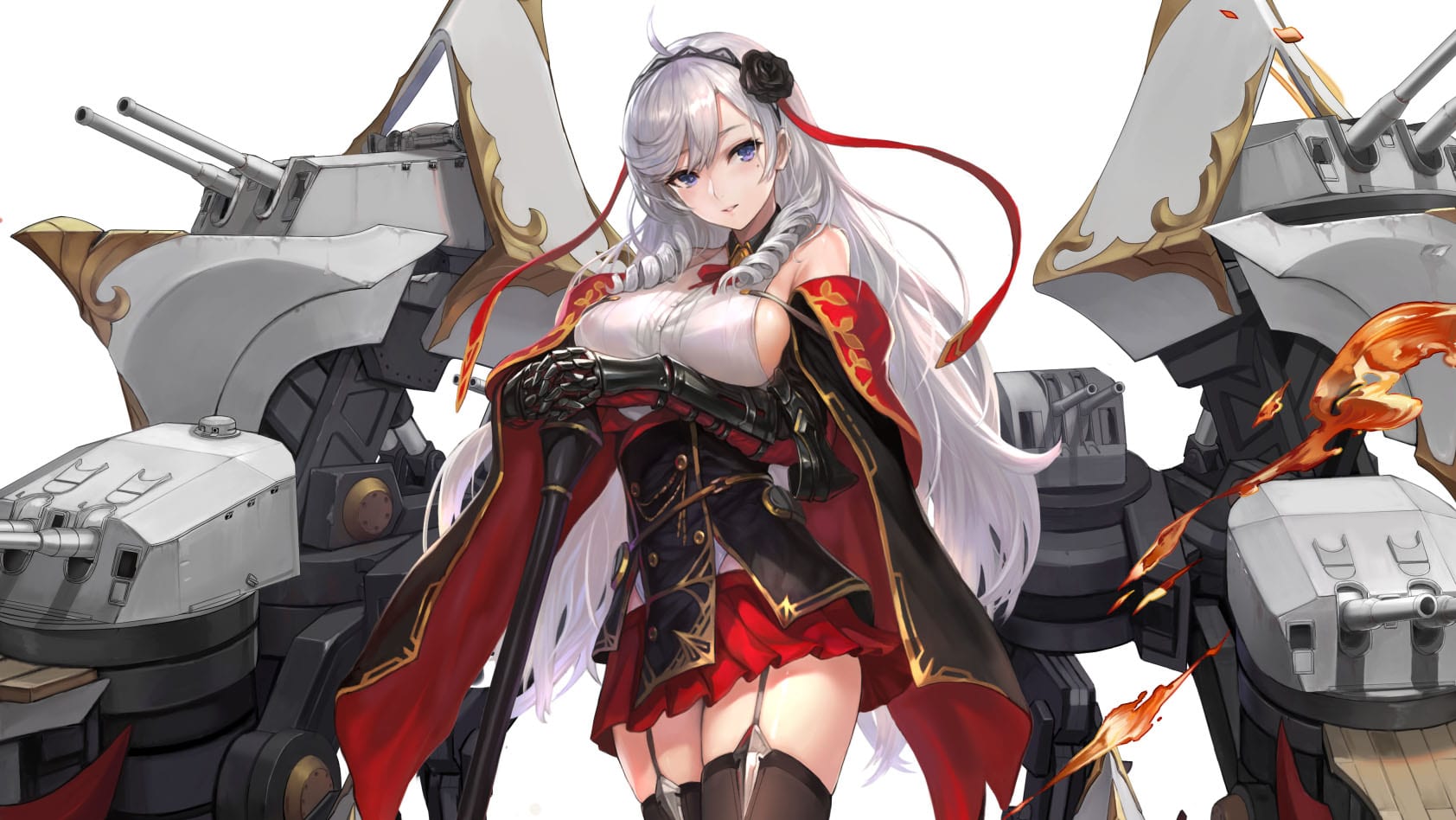 The firstr trailer is about the Skybound Oratorio event that just launched on the Japanese and Chinese servers, and that will come to the English servers in roughly a month.

The second trailer features the Iris of Light and Dark Rerun event that just launched on the English servers.

Both events are about shipgirls based on historical french ships. Incidentally, if the character design of the brand new heavy cruiser Algérie is familiar, that’s because it’s by Nights of Azure character designer Yoshiku.