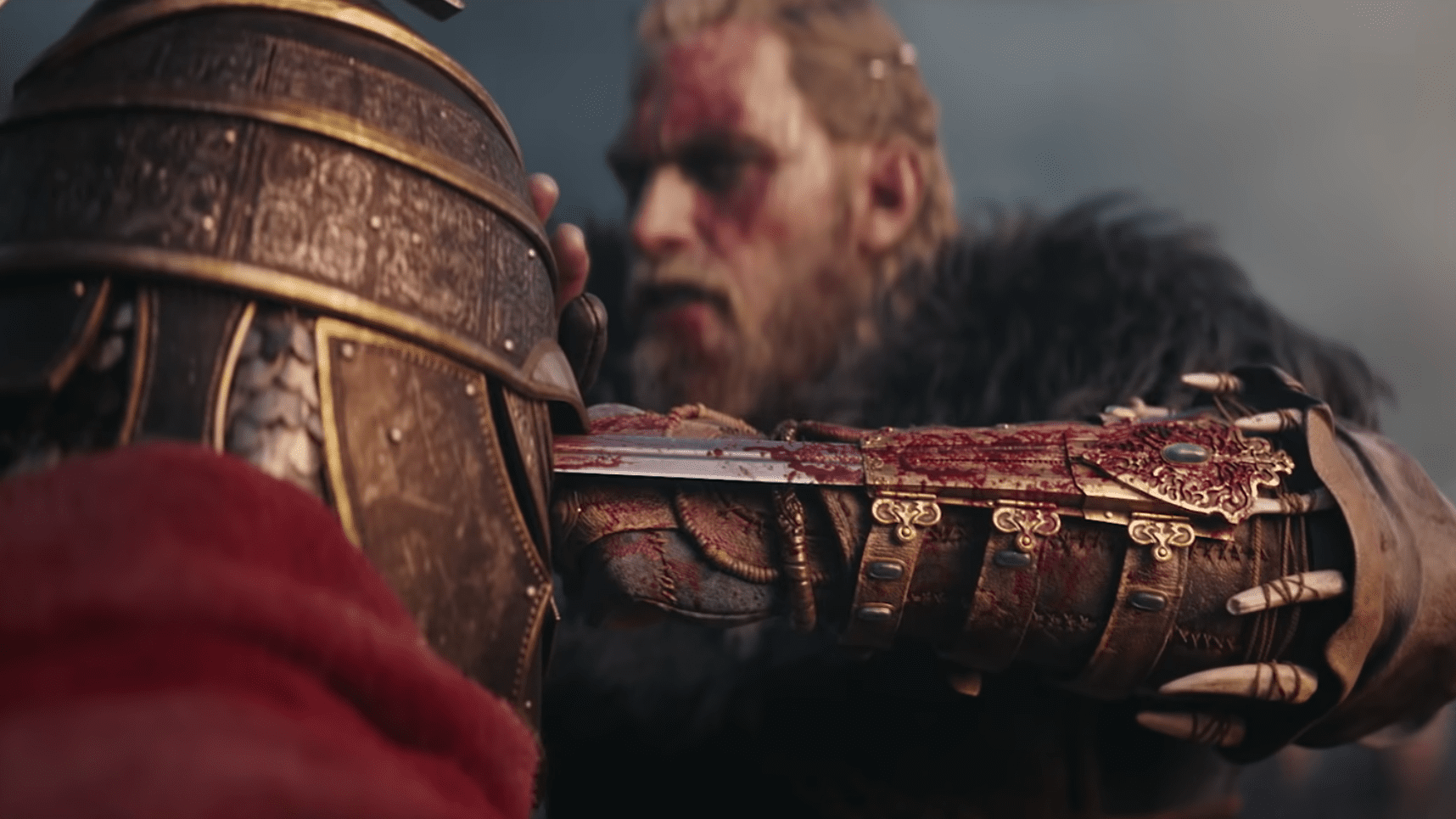 The Assassin’s Creed series’ transition from action to action-RPG has been mostly well-received. While some purists have had their grumbles, the popular consensus is that RPG mechanics are at the apex of a much-needed change in direction for the franchise. But I think we can all agree that not everything has worked out for the best; particularly, the jarring impact they’ve had on the iconic hidden blade.

What was once a deathly silent instakill weapon became frustratingly hit-and-miss. You might, for instance, skillfully sneak up behind an enemy and perfectly execute an execution, only to find that said enemy’s level was one higher than your own and so instead of dying they shrugged you off and alerted the entire camp.

It’s an incredibly irritating part of both Origins and Odyssey. Thankfully, it won’t rear its ugly head in Valhalla, according to the game’s creative director, Ashraf Ismail. Speaking with Kotaku, Ismail explained that as the development team considered how to recapture the essence of the original Assassin’s Creed games, the hidden blade’s dulled edge needed sharpening.

“We wanted to look at the old games and see the greatness that those games had and acknowledge what’s great about the updated formula,” Ismail said. “There was an identity and a uniqueness that we wanted to bring back for Valhalla.”

“Eivor receives the hidden blade quite early on… We continue with the idea that Eivor is not a trained assassin. Eivor is a Viking who receives this badass weapon and has to learn very quickly. Early in the experience, Eivor will learn a technique that, with the right timing … can one-shot-kill virtually anybody.”

Ismail then confirmed that he’s alluding to a skill-based mechanic being introduced in Valhalla that will see the blade’s lethality reinstated for those who master it.

It sounds like a compelling compromise, if you ask me, and it’s a direction I wish more RPGs would take — not everything has to boil down to an ability, a gear-type, a number. A good RPG should demand skill and strategy in how players approach its gameplay, right?

Between the previously revealed details on Valhalla’s power-based progression system (as opposed to traditionally numbered leveling) and today’s skill-based hidden blade news, so far it sounds as though Ubisoft is shaking things up in a way that should appease fans of the series both old and new.

For more on Assassin’s Creed Valhalla, you can check out the cinematic reveal trailer, the first in-engine trailer, and learn about its Beowulf DLC story mission.