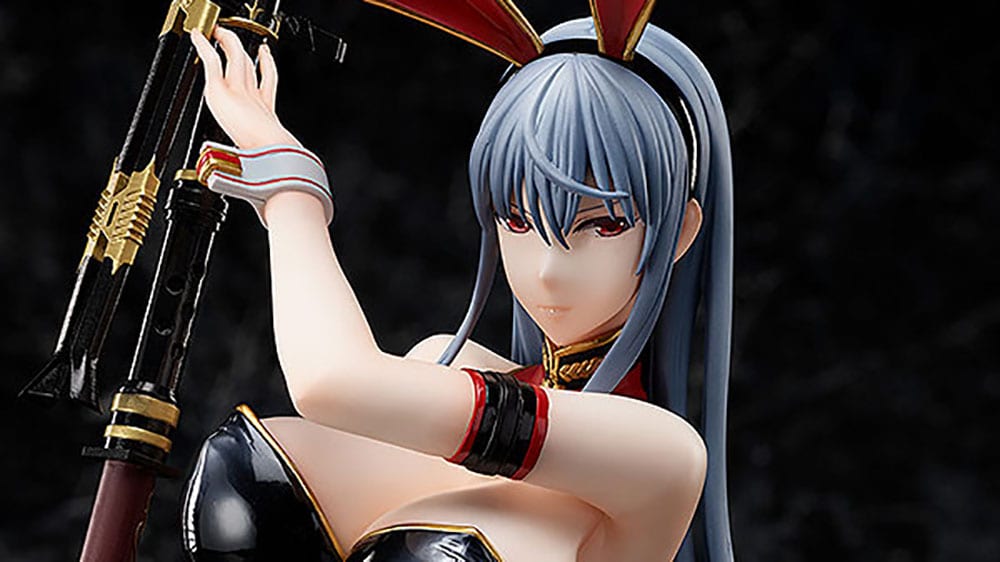 The original Valkyria Chronicles just passed its twelfth anniversary, but its antagonist Selvaria Bles continues to be portrayed in new figures by Japanese manufacturers.

This time around it’s FREEing’s turn to come up with its inevitable bonny girl version from its popular B-Style line.

This is actually inspired by a version of Selvaria featured in the browser game Valkyria Chronicles DUEL. I guess you can say a character is popular when she still receives in 2021 figures inspired by a spin-off game that has been shut down in 2015.

If you’re wondering about the price, B-Style figures are massive due to their 1/4 scale. Despite the kneeling pose, Selvaria is 350 mm tall.

That being said, you have time to save, because the lead time is a whole year. She will release in April 2021.

From Valkyria Chronicles DUEL comes a 1/4th scale figure of Selvaria Bles! She’s been recreated in an original bunny outfit designed by the original character designer Raita Honjo. Selvaria’s gun, the Ruhm, has also been recreated in the same scale. Be sure to add her to your collection!”

This isn’t the only figure portraying Selvaria coming soon-ish. Toyseiiki just revealed one of its seamless action figures a few days ago.