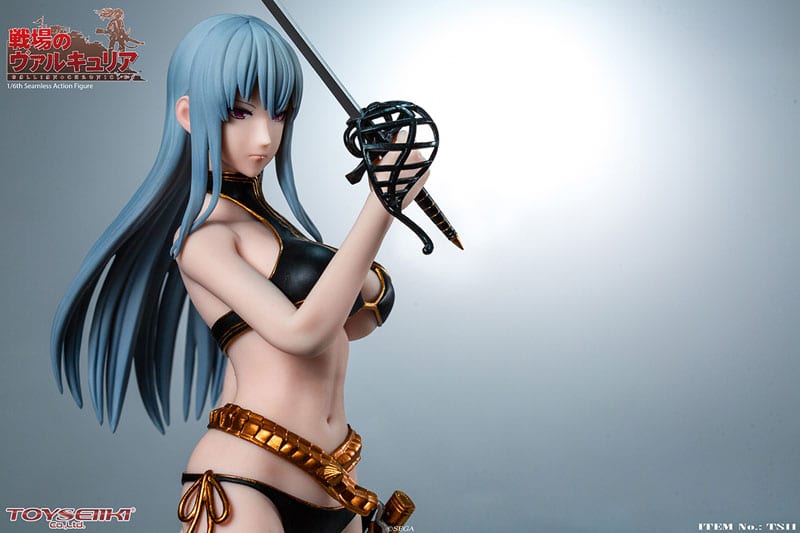 Few antagonists in the history of JRPG left as strong an impression as Selvaria Bles from Valkyria Chronicles. That’s why she still gets figures 12 years later.

As a matter of fact, tomorrow will mark the 12th anniversary of the original release of Valkyria Chronicles on PS3, which was launched by Sega on April 24, 2008, and remains one of the best simulation RPGs of all time.

To celebrate, Toyseiiki made one of its seamless action figures portraying Selvaria available for pre-order.

The price will likely clue you into the fact that this isn’t your everyday figma.

One of the biggest complaints you usually hear about action figures is that the joints make them a little less appealing for display compared to static scale figures.

Toyseiiki solves that issue by burying the joints under the surface of a silicone resin body, with the additional feature of adding a pleasant skin-like texture.

On top of that, the 1/6 scale makes this version of Selvaria rather big, standing at approximately 275 mm.

Within the package we’ll find the following:

This isn’t the first time that we cover one of Toiiseki’s seamless action figures. Back in September 2019 we took a look at Noir from Persona 5.