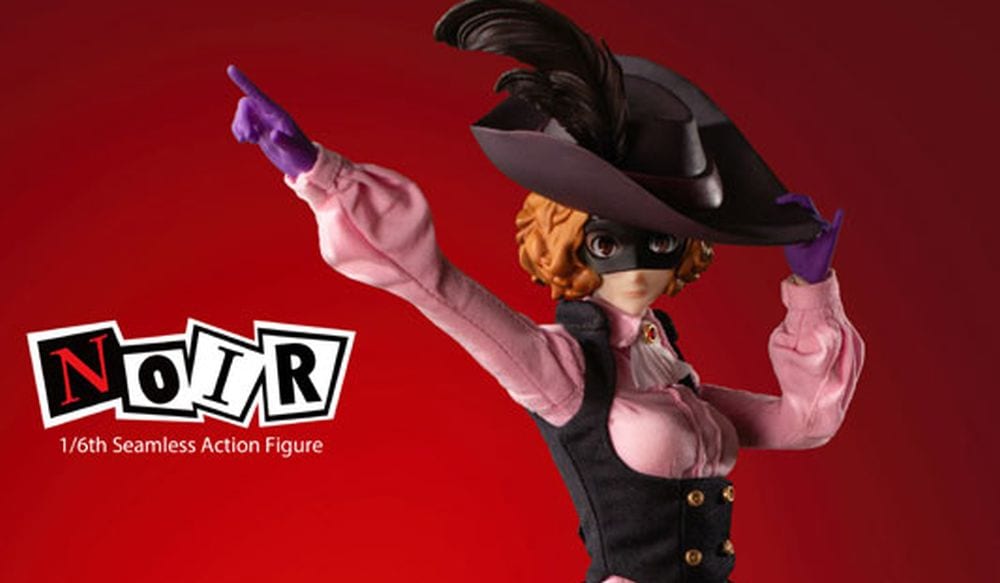 Tokyo-based manufacturer Toyseiiki made a new Persona 5 action figure available for pre-order portraying Haru Okumura in her Noir phantom thief costume, and it’s a rather peculiar one.

One of the biggest complaints I hear about action figures like figma or Bring Arts is that the joints make them a little less appealing for display compared to static scale figure.

Toyseiiki is aiming to solve that issue by burying the joints under the surface of a silicone body, with the additional feature of adding a pleasant skin-like texture.

Noir from Persona 5 is the latest of this lineup and has been made available for pre-orders in Japan, including AmiAmi.

The downside of this kind of manufacturing is that the price is relatively steep compared to your usual jointed figures, set at 19,600 yen, which translates into approximately $182.

If that doesn’t discourage you, she will be released in Japan rather soon, in December 2019.

She comes with actual fabric clothes, two expressions, interchangeable hands, her axe, the hat, the mask, and a base.

She is also fairly big due to the 1/6 scale which results into an approximate height of 295 mm.

You can enjoy her in the gallery below. As a bonus, you can also see a prototype of an Ann Takamaki scale figure by Funny Knights, presented today at the All Japan Model and Hobby Show 2019, pictures courtesy of AmiAmi.

Speaking of Persona 5 Royal, Atlus just revealed the first fifteen minutes of the game, so you may want to take a look.