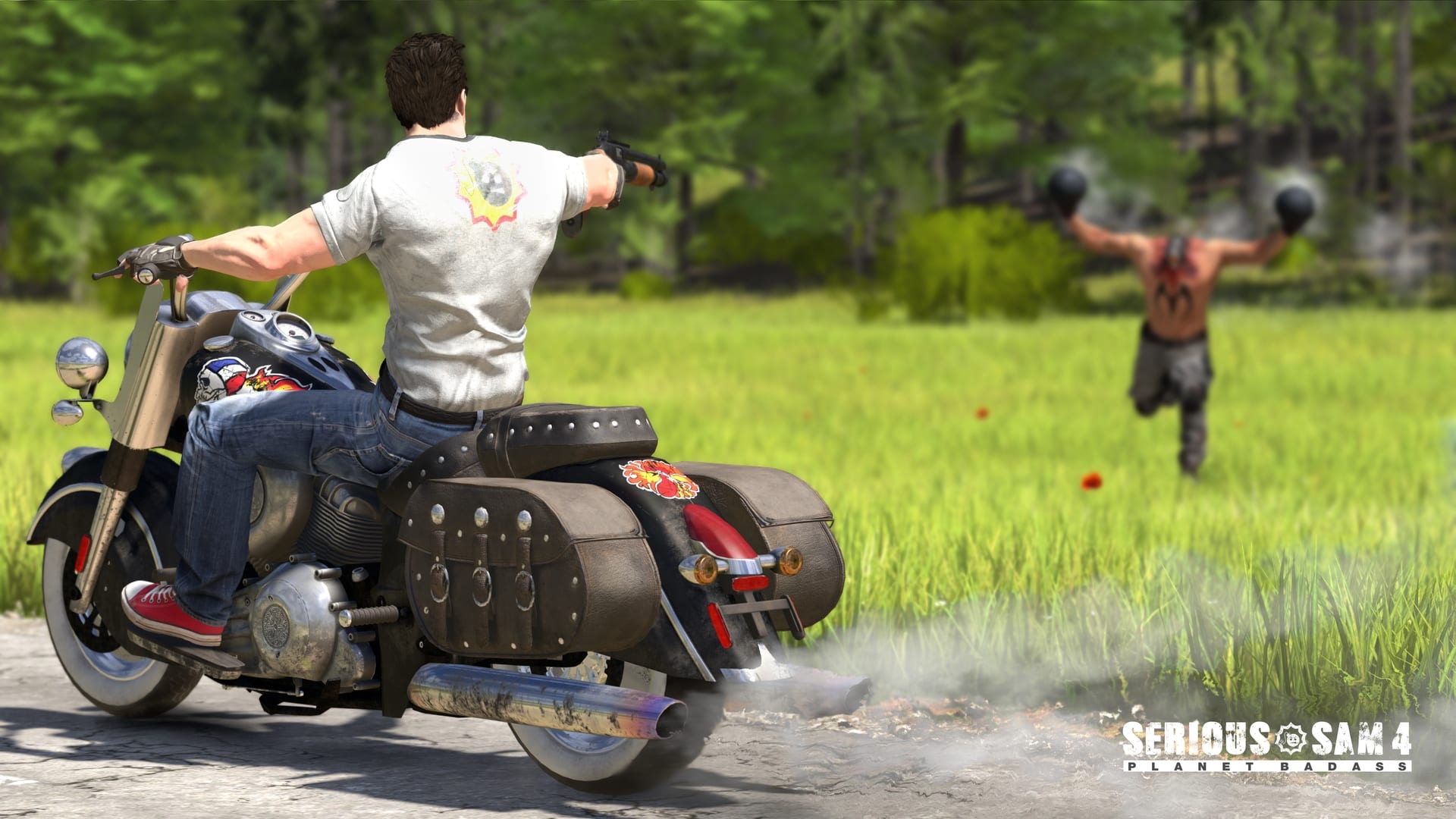 Devolver Digital have given a tease of the powerful auto shotgun in the upcoming Serious Sam 4: Planet Badass, slated for release sometime this year.

The small clip only gives a tiny look at the auto shotgun, but it looks akin to an AA-12 shotgun that exists in reality. As with Devolver Digital’s well known sense of humor, of course they refer to this clip as a leak.

The series has long been games similar to earlier id Software titles such as Quake and Doom, offering hordes of enemies to shoot down and secrets to find, all while offering an impressive arsenal of weapons from rockets launchers to a cannon. Yes, a cannon. The series, despite the name, is anything but serious.

While the game has been marketed with materials showing off Sam’s motorcycle, the description is quick to shoot down any possibilities of being open-world, saying:

Fight and explore your way through huge environments populated with optional objectives, secrets and deadly ambushes. But, fear not! Serious Sam 4: Planet Badass is still a focused, linear experience you have come to love, and NOT an open-world game.

Serious Sam 4 was first announced over a year ago. Despite the 4 in the title, there have been numerous spin-offs and re-releases of Serious Sam: the First Encounter and The Second Encounter. The most recent release was Serious Sam 3: BFE in 2011.

Serious Sam 4 has currently only been announced for PC, and is currently lacking an official release date. Seeing as 2020 is nearly almost half over (yeah, feels weird to think about), maybe there will be one soon.