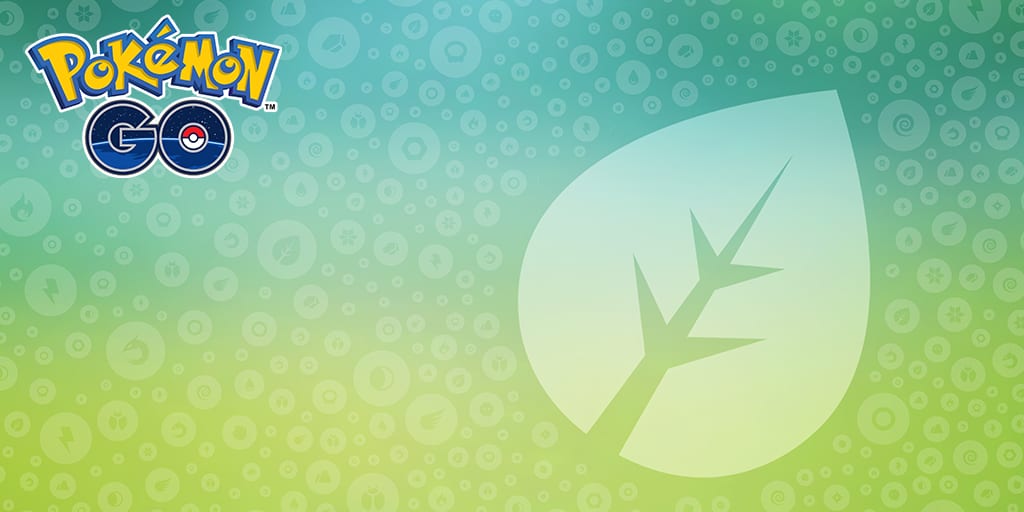 April is the month of Grass-type Pokemon which means it’s time for them to be in the spotlight. To kick off the month, the GO Battle League April 2020 patch notes were revealed to focus mainly on changes to grass mons and moves in Pokemon GO.

First, the list of moves that are going to be changing consists of three Grass buffs and three non-Grass nerfs. Leaf Tornado gets a nice buff that lowers your opponent’s attack.

However, the big buffs are for Bullet Seed which generates energy faster and Energy Ball which charges faster and can lower defense. This is sure to help a bunch of Grass-types to become more competitive in GO Battle League.

Ancient Power and Silver Wind have both been nerfed in terms of overall damage output. Ominous Wind also received this nerf on top of an increase in the amount of energy required to use the attack.

The nerfing of Silver Wind, in theory, will be a change that helps Grass-types in Pokemon GO PvP battles. Yet, the lack of Bug-types that are competitively viable essentially makes this change have no impact.

The nerfs of Ominous Wind and Ancient Power are likely to make a big impact on Altered Forme Giratina. It’ll also hit Origin Form Giratina, but its best tools in Shadow Claw and Shadow Ball are still intact.

Here is the full list of move changes from The Pokemon GO Team:

Energy Ball – This Grass-type Charged Attack now reaches full charge more quickly and has a chance of lowering the opponent’s Defense by one stage.

Leaf Tornado – This Grass-type Charged Attack now has a chance of decreasing your opponent’s Attack by one or two stages.

Ancient Power – The damage that this Rock-type Charged Attack deals has been decreased in Trainer Battles.

Silver Wind – The damage that this Bug-type Charged Attack deals has been decreased in Trainer Battles.

Ominous Wind – The damage that this Ghost-type Charged Attack deals has been decreased in Trainer Battles. It also reaches full charge less quickly.

We also got some information on six Grass-type Pokemon that are going to receive new moves. Some of them will actually be helpful and others just seem like they couldn’t come up with any other changes.

Belossom now can learn Bullet Seed which lets it get to Leaf Blade more quickly. They say that it’ll make Belossom a powerful Grass lead. The only problem is that two of the best leads in the Great League (Altaria and Skarmory) roll right over Belossom.

Ludicolo will be able to learn Energy Ball now which is a big advantage for the Grass/Water-type Pokemon. Previously, the only Grass attack it learned was Solar Beam which just took too long to charge.

Now, Energy Ball will become the go-to Grass-type move for Ludicolo. It’ll be interesting to see how this impacts its currently mediocre standing in Great League battles.

Another change worth noting is that Tangrowth can now learn Rock Slide. This will certainly help it combat Flying-types. Tangrowth isn’t a great Master League option like they’re suggesting it is. But it’ll be interesting to see how it fairs with this change.

You can see the full list of the change to grass Pokemon movesets The Pokemon GO Team:

Sunshine Form Cherrim: Fire-type Weather Ball – This Fire-type Charged Attack is fitting for a Pokémon that appears when it’s sunny out.

Tangrowth: Rock Slide – Tangrowth can continue having a dominating lead against Kyogre and Groudon in Master League while making the Flying-type Pokémon often used to counter it more dependent on Protect Shields.

These changes are live now, so get out there and test out the changes to see where all the nerfs and buffs in the GO Battle League April 2020 patch notes land. You can find the official release from The Pokemon GO Team here.

If you want to try your hand at the latest Pokemon GO legendary raid, then check out our Landorus Raid Guide.