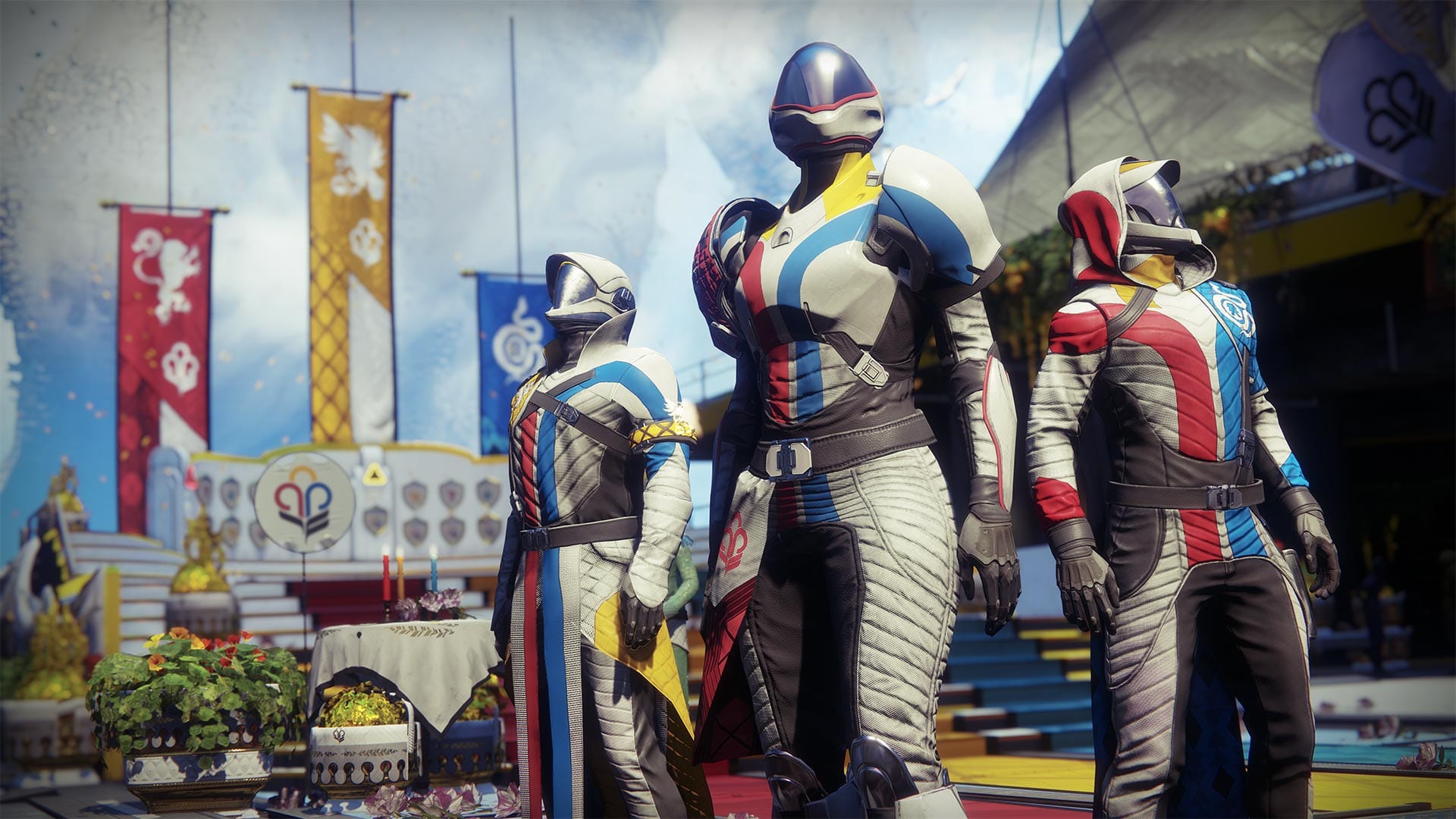 Bungie today has released new details and screenshots for the upcoming seasonal event headed to Destiny 2 next week: the Guardian Games. Alongside new information on the event, they also formally unveiled the new exotic machine gun, Heir Apparent, which has been technically kept under wraps, but was datamined weeks ago.

The Guardian Games will start up in Destiny 2 next Tuesday on April 21 and will run until May 11. The loop appears to be a set of daily class challenges offered by both Zavala and our girl Eva Levante who will be appearing once again in the tower.

The daily challenges appear to reward points, and the class that scores the most points presumably will win. The winning class will get a statue honoring the victory for the rest of the year.

It’s unclear right now if there’s any system in place to balance out the disparity in class numbers or if it’s just as simple as pure quantity in points. At the time of this posting, the URL to the guide that Bungie links appeared to be down or is not yet set up.

That guide may also have the steps needed to get Heir Apparent, as at the moment, how players can obtain it is also unconfirmed to us. However, dataminers had sussed out that it will be an exotic machine gun that needs to be spun up before firing, but provides players with a powerful Arc shield during that process.

As to be expected, there are new cosmetic items tied to the Eververse event including armor, ghosts, and sparrows.

Finally, there is also a new set of Bungie Rewards tied to the Guardian Games, which looks to have some flags and cloths of some kind with the color scheme of the games. Whatever it is, it’s pretty cool looking.

You can take a gander at the trailer above, and check out some of the newest screenshots below.