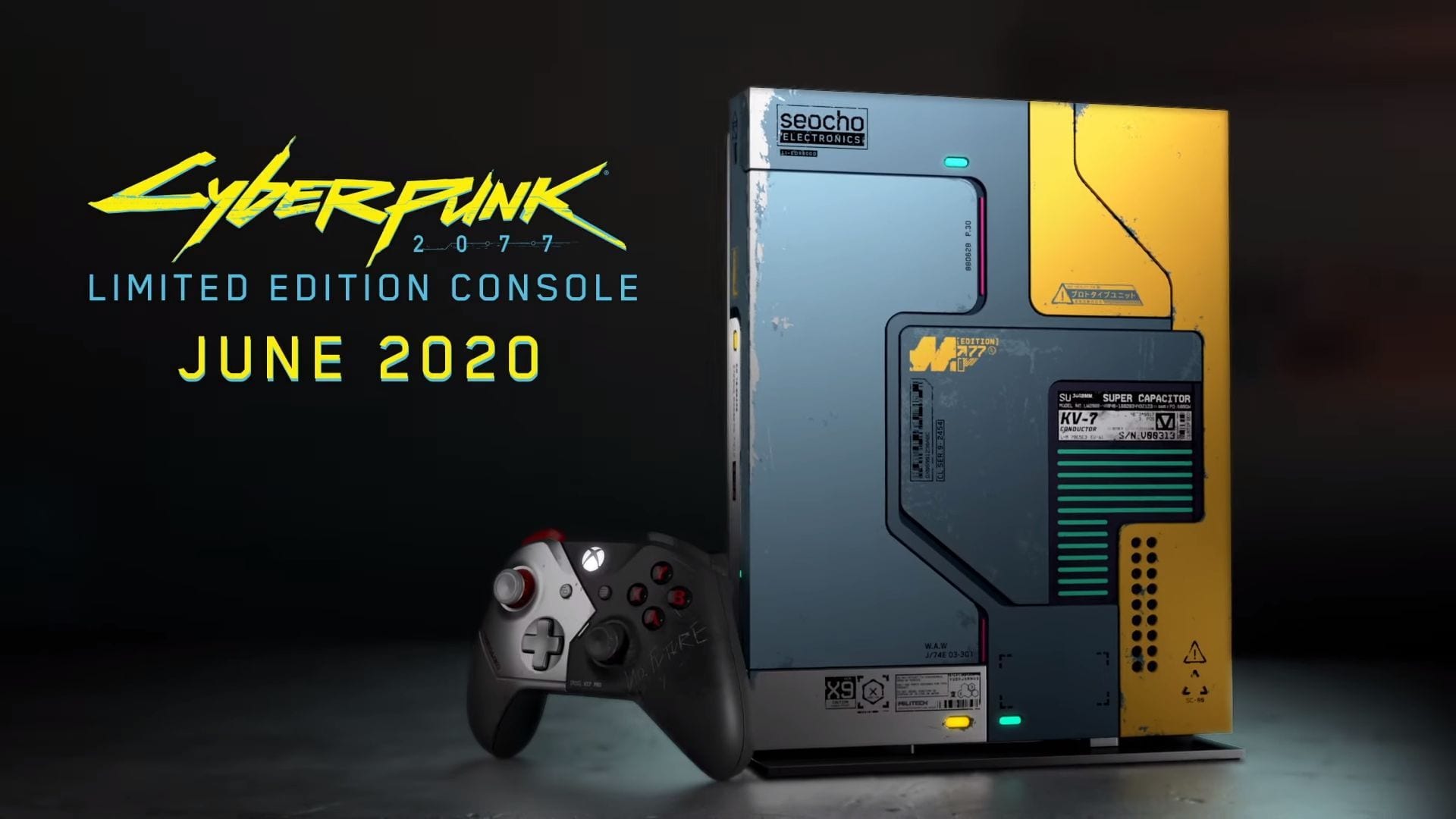 Today, following a series of teases, a trailer for an upcoming limited edition Xbox One X tied to Cyberpunk 2077 has surfaced.

While its does include the game likely in code form, the trailer comes with a warning that that part of the bundle won’t be available until September.

The bundle also includes the controller leaked a few days ago, while the console itself is heavly decorated with a complex “cyberpunk” paint job and custom panels, led, and a glow-in-the-dark “No Future” decoration.