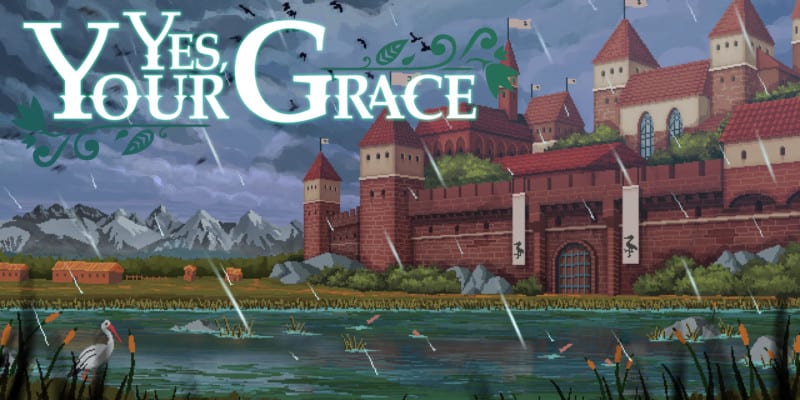 Yes, Your Grace, the long-awaited kingdom management game from indie studio No More Robots, has earned a whopping $600,000 revenue over its first few days on the market and is on course to record 250,000 on Steam in its first year.

First Kickstarted five years ago, Yes, Your Grace, reemerged from a hiatus midway through last year promising a near-future launch with a lesser scope than its original pitch. That reduction in scale, however, which involved removing some of the more complicated RPG mechanics, clearly didn’t phase interested parties — the game had been wishlisted over 80,000 times on Steam before its launch last week.

The figures from today’s news come from a candid Twitter thread by No More Robots founder Mike Rose, who highlighted some of the factors behind the Yes, Your Grace’s impressive opening weekend.

Just some of Rose’s takeaways detailed in his Twitter thread are included below.

“A ton of different factors played into the game’s success, and it will be impossible for me to list them all here, but I’m going to attempt to say as many useful things as I can for anyone launching a game on Steam in the coming months.

I believe that the gorgeous key art for Yes, Your Grace by @lesly_oh ended up being a big pull for a lot of players. They’d see that striking key art on Steam, and want to click it. It’s made me really think hard about how I do key art for our games in future

At launch we had 80,000 wishlists — no doubt one of the biggest factors in the game’s success. We achieved the majority of these through having a great trailer at the announcement, running a public beta for the game, and having great key art for the game.”

Rose cites the public beta as particularly pivotal to the game’s success, responsible for drawing an additional 30,000. Further, the decision to have the game translated into several different languages was also key. As he notes, only 27% of sales were from the US:

“We had the game translated into German, French, Russia, Chinese, and Polish. Below is the breakdown of where sales came from — note that the US only accounted for 27 percent of sales. Without translations, we may have ended up with one third of the sales we actually got.”

If you’re not up to speed with Yes, Your Grace, it’s a kingdom management game that tasks you with managing a Slavic-inspired kingdom from the hot seat of a King’s chair. But the grandeur of your position doesn’t excuse you from having to deal with a host of everyday problems on top of all the stresses and strains of being lord and commander.

You get a flavor of the game and its beautiful pixel art by watching the recently published launch trailer.