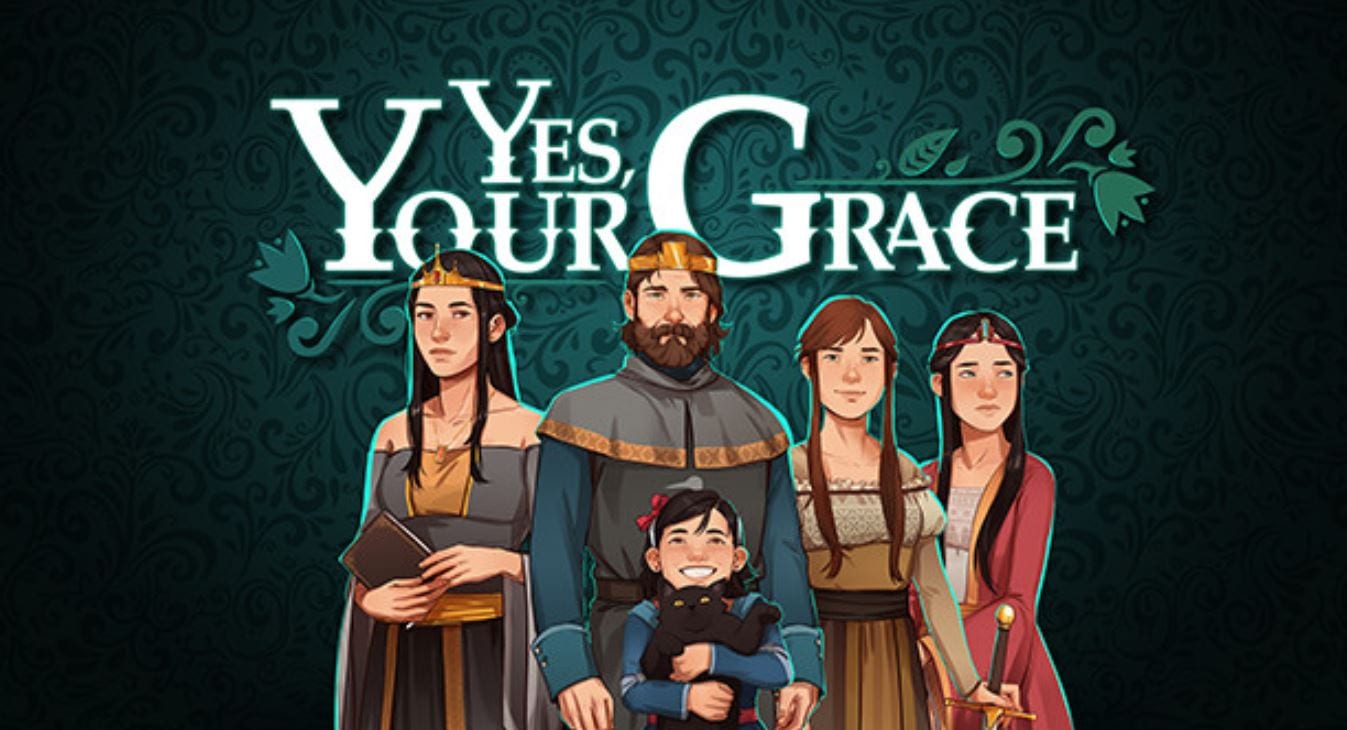 Being a King isn’t as glamorous as you might think if Yes, Your Grace’s launch trailer is anything to go by. Disgruntled subjects, family drama, and even the most mundane of issues get piled on your plate even as enemy forces gather outside the castle wars. It’s all your burden to bear in No More Robots story-driven kingdom management game, which releases today on PC.

As we reported last year, Yes, Your Grace resurfaced after a hiatus following a successful Kickstarter that ended five years ago. Now slightly reduced in scope from its original pitch, the game is finally out after a successful beta period.

The five or so hour experience tasks you with managing a Slavic-inspired kingdom from the hot seat of a King’s chair. As alluded to before, even the grandeur of your position doesn’t excuse you from having to deal with a host of everyday problems on top of all the stresses and strains of being lord and commander.

You can check out a glimpse of the chaos in the trailer below.