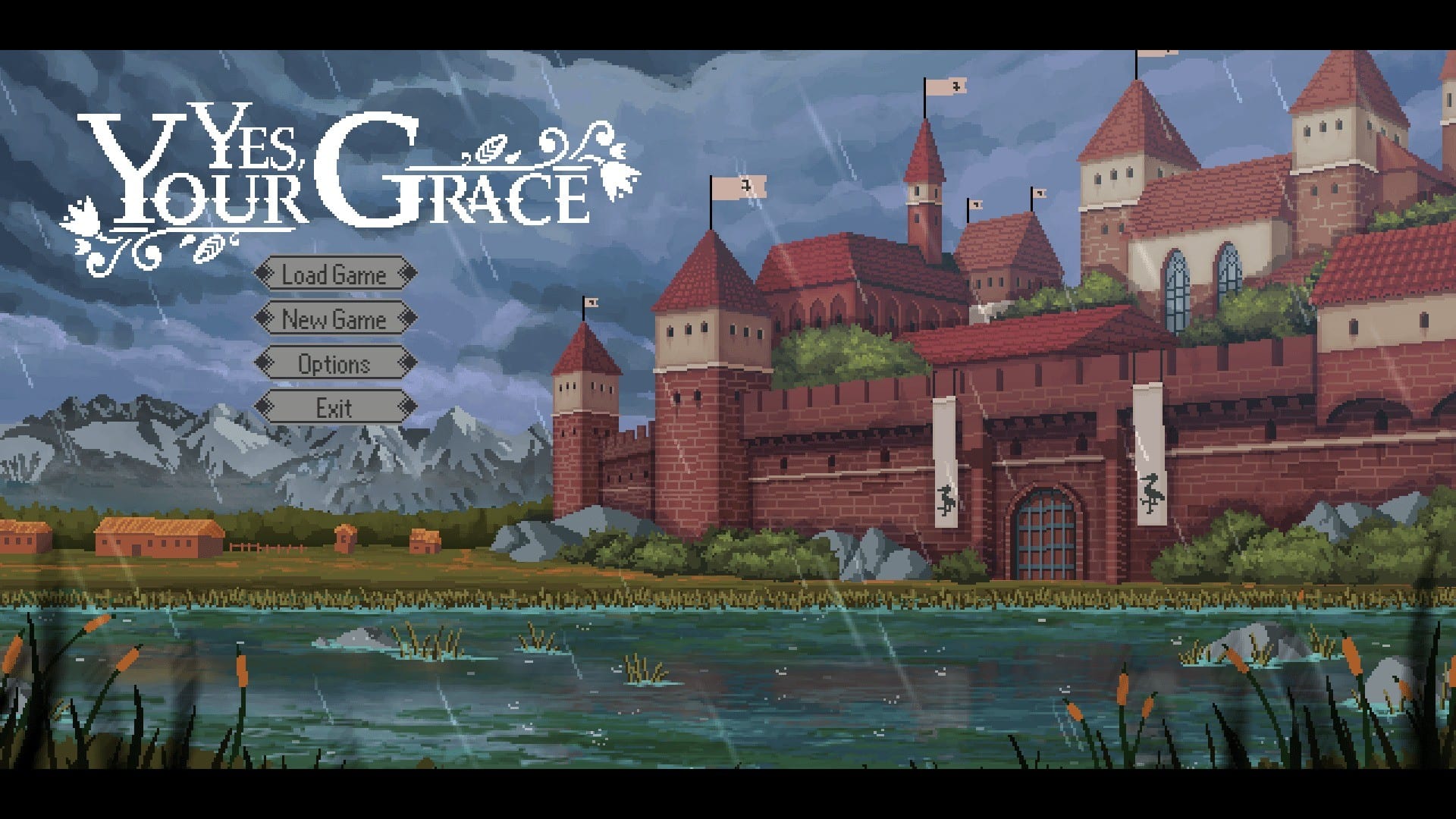 Yes, Your Grace successfully hit its modest Kickstarter goal five years ago, but after the project struggled to get going it fell silent and, later, seemed as though it had all but died. Yesterday, however, the game reappeared with a new trailer, and while it’s changed slightly from its original pitch, Yes, Your Grace still looks every bit as compelling.

Animated with gorgeous pixel art, Yes, Your Grace is about managing the resources of a fantasy Kingdom inspired by Slavic folklore from the hot seat of a King’s throne. Rebuilding damaged city walls, dealing with pesky monsters, and listening to the woes of low-born villagers are all part of your daily routine.

As a choice-driven narrative experience, all of your decisions impact the outcome of the story. You’ll need to manage the beckonings of your subjects carefully, supporting their struggles while making sure you aren’t led astray.

Originally, Yes, Your Grace was to be much longer with a grander scope, featuring a larger world and more RPG systems. It’s now apparently just a five or so hour game when it was first conceptualized as something twice as big. The reduced scale is a shame, but at least it means the game will finally see the light of day.

Publisher No More Robots and developer Brave at Night will run a public beta for Yes, Your Grace in November, giving players their first taste of the world of Davern. To sign up, head over the game’s Discord and follow the instructions to secure their Steam key for the upcoming beta.

Check out the re-reveal trailer below:

Yes, Your Grace is coming to PC and console platforms in 2020. It will be shown publicly for the first time at EGX in London later this month.