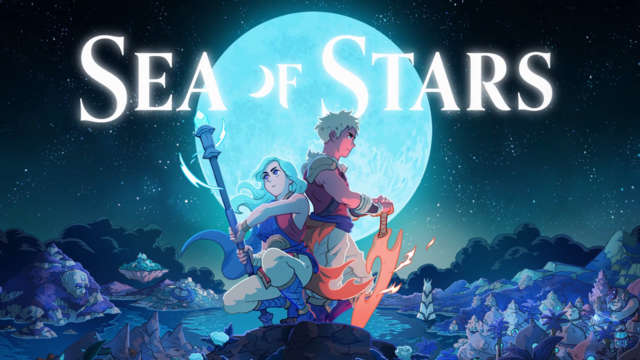 Sea of Stars, Sabotage Studio’s prequel to The Messenger, smashed past its Kickstarter funding goal in its first day, and the studio has detailed the project’s first stretch goal to celebrate.

After beginning its Kickstarter on Mar. 19, Sea of Stars successfully reached its funding goal of $92,346 in just seven hours.

“We were confident about the target, and had a whole lot of cool things planned to keep the momentum going over the next two weeks,” Sabotage Studio wrote in an update following the achievement. “Yet here we are, completely unprepared, and caught off guard by an overwhelmingly positive response!”

In response to the milestone, Sabotage detailed the first of its stretch goals for the project: Single Player + mode, a pseudo-co-op mode which will allow players to bring a friend along for their journey via a free update that will come to the game.

“Single Player + lets a second player drop in and out at will, so that the two heroes can roam the world together, swimming, climbing, and jumping all over the place. The + player even controls their own character during combat,” Sabotage Studio writes. “It is not a fully-fledged co-op mode, however, meaning the main character is always the one to control the camera, enter and exit zones, or trigger important events.”

Sabotage will begin development on the mode as soon as the game releases should the stretch goal be reached. The amount needed to fund the stretch goal is $150,000, and at the time of this article’s writing, the project is a little over $11,000 shy of hitting this mark.

They likewise have other stretch goals in mind for the project, but aren’t setting anything in stone until the Kickstarter campaign progresses.

Sea of Stars is currently slated for release on PC and consoles in March of 2022. For more on Sabotage Studio’s previous work, check out our review of The Messenger as well as our thoughts on how the game’s DLC, Picnic Panic, didn’t measure up to the base game’s quality level.