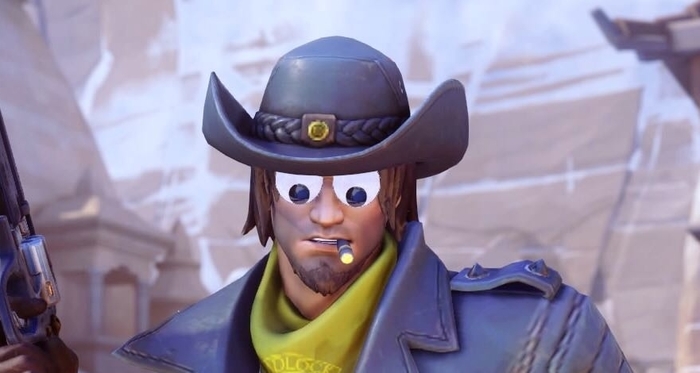 It’s not April Fool’s Day just yet according to my calendar but Blizzard Entertainment seems to be partaking in the comedic festivities a day early. Overwatch players have begun to notice today that all of the heroes’ eyes have been replaced with cartoonish googly eyes.

One of our writers, Haley, discovered this today while she was enjoying a few matches of Overwatch and shared a couple of photos of the characters such as Symmetra, Orisa, and Widowmaker, sporting the new googly eye look.

You can see some of the images down below or just hop into Overwatch right now to check it out for yourself:

Oh man, even the Torbjorn turrets have googly eyes on them.

Blizzard has yet to formally announce that this is indeed a prank for April Fool’s Day, but considering that it’s March 31, it makes sense.

This also wouldn’t be the first time that Overwatch players were punked during this time of the year. In 2019, players who chose to play as Reinhardt and decided to use the in-game chat had all of their messages automatically capitalized to display the personality of the Overwatch hero –there were also exclamation marks and every sentence ended with some of his catchphrases.

Keep checking out Twinfinite for even more April Fool’s Day pranks as the week continues.