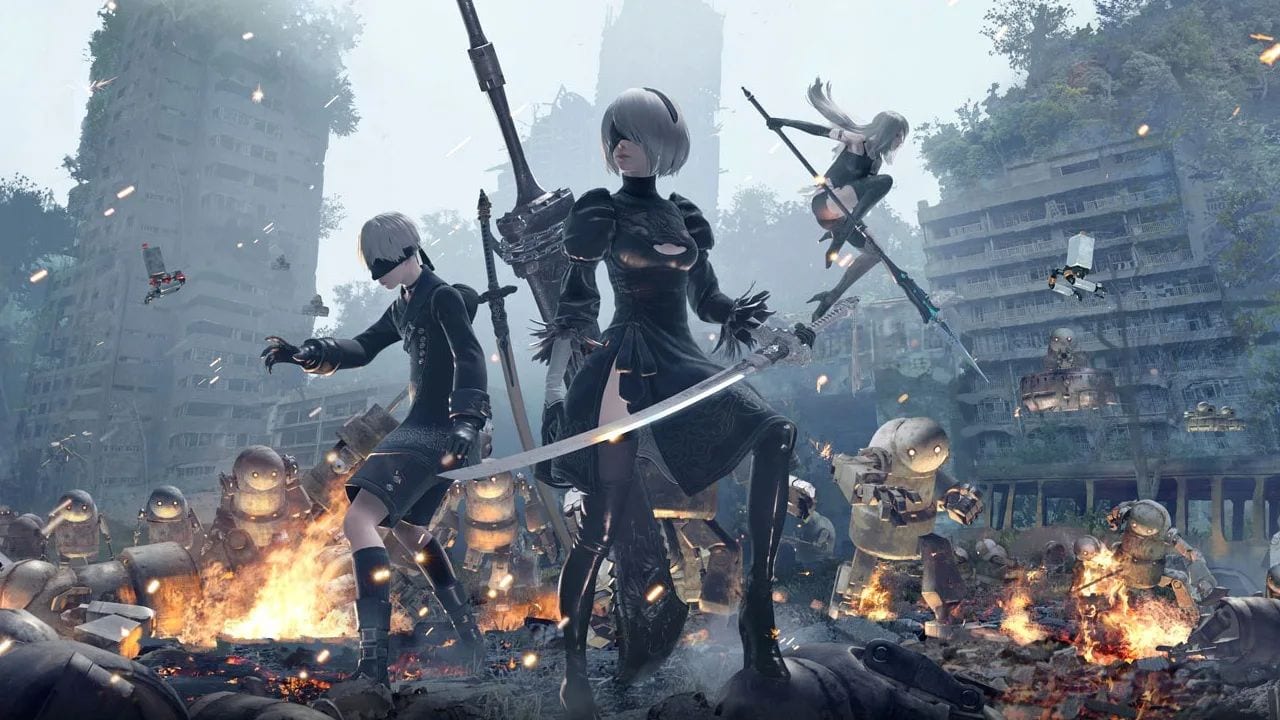 If you love the NieR series Square Enix just revealed a lot of really nice merchandise and even jewelry dedicated to NieR: Automata and Replicant

The items were supposed to go on sale at the Orchestra Concert scheduled for today to celebrate the 10th anniversary of the series, but canceled due to the Coronavirus pandemic.

Square Enix always prepares this kind of merchandise for its concerts, and it’s usually very nice, but this time around, they have gone all out.

Two acrylic keychains representing the YoRHa unit logo and the iconic Lunar Tear flower from the first game will be sold at 700 yen (all prices will have tax added onto them), which roughly translates into $6.5.

Two Handkerchief representing 2B’s skirt embroidery and the Lunar Tear will be priced at 1,800 yen ($16.7).

Last, but not least, we get two silver necklaces. The first showcasing Kaine’s swords from NieR Replicant will cost 16,800 yen ($156), while the second featuring an onyx stone and inspired by 2B from NieR: Automata will be priced at 24,800 yen ($230).

All the items will be released in April (2B’s rabbit doll on April 18) excluding 9S’s rabbit doll which will come on May 28, and the necklaces in July.

You can see all the items at the bottom of the post.

On top of that, during the broadcast of the event composer Keiichi Okabe showcased the Gold Record awarded to the soundtrack.

On the other hand, Producer Yosuke Saito mentioned that he’d like to show gameplay of the newly-announced mobile game NieR Re[in]carnation as soon as possible promising that it doesn’t even look like a mobile game. He also added that it’s an entirely new way to do a mobile game.

He also clarified once more that the  newly-announced NieR Replicant ver.1.22474487139… for PS4, Xbox One, and PC is neither a remake or a remaster, but it’s an upgrade (to be specific, he used the wasei-eigo “version-up” that is commonly used in Japan to indicate an update or upgrade) to the original game.