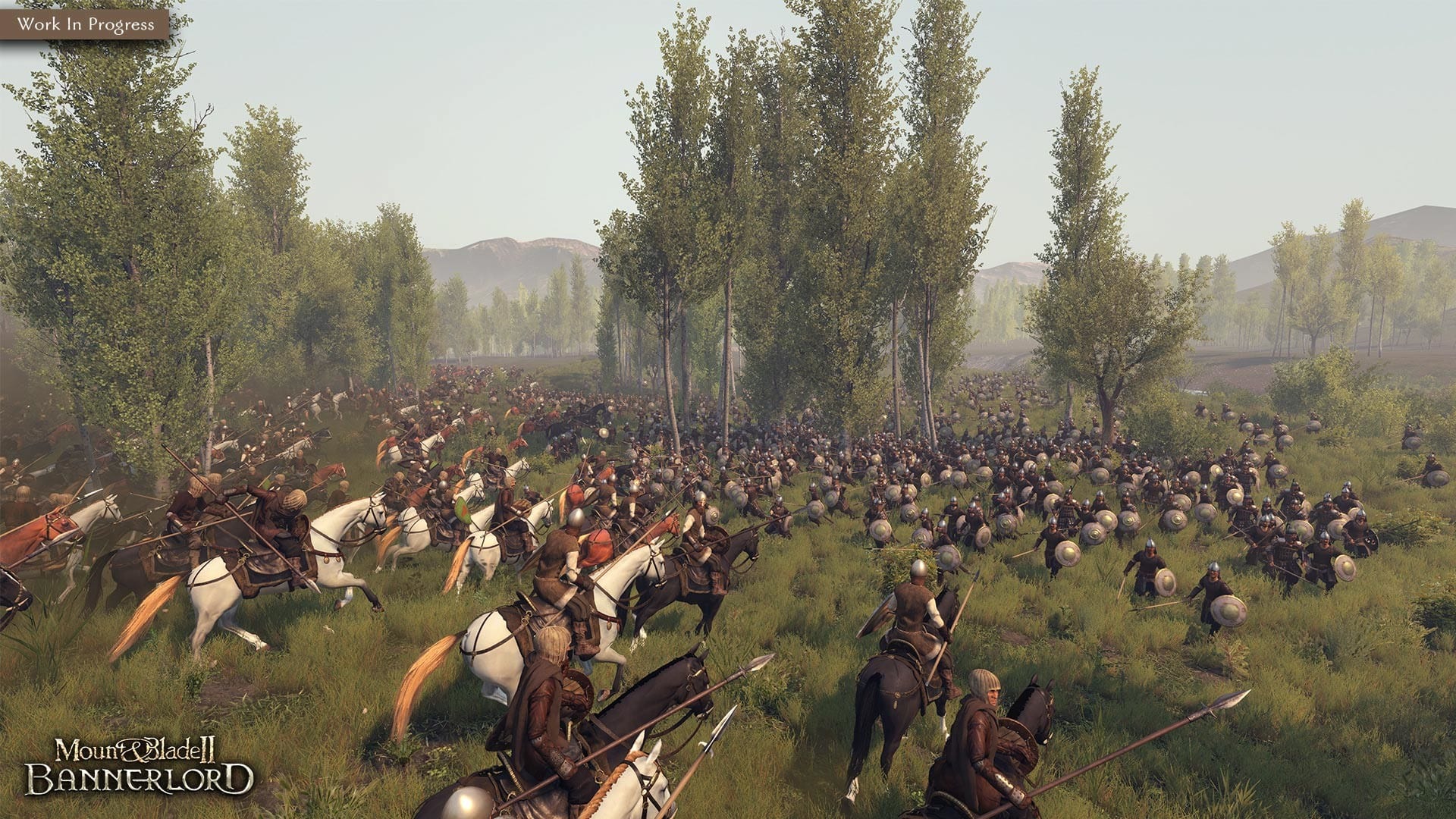 Finally, it’s harvesting season! The long wait for Mount & Blade II: Bannerlord, a game that’s been eight years in the making, is drawing to a close. Today the Early Access period kicks off, providing the first opportunity to sample its single-player content. Naturally, there’s a trailer to celebrate, and it’s suitably epic.

As the sequence showcases, Bannerlord is a third-person/strategy hybrid that combines action-RPG combat with the tactical nuances of building an army and forging a kingdom across a sandbox campaign. There’s an extremely deep character customization system, and the game also features a realistic world economy.

But the Mount & Blade franchise is best known for its skill-based, directional combat system, which looks to have been even further polished this time around. In addition to the smaller encounters both in its single-player and competitive multiplayer, Bannerlord’s largest battles see clashes of soldiers up to 2,000 strong, and the full release could more than double that.

You can check out today’s new trailer below, and if you’d like more details on the game then head over to its steam page. The game is currently discounted at the moment for those that want to jump in straight away.

Mount & Blade II: Bannerlord is currently only available on PC in Early Access. A console launch has been mentioned in the past by developer Taleworld’s, but there’s no firm release window.