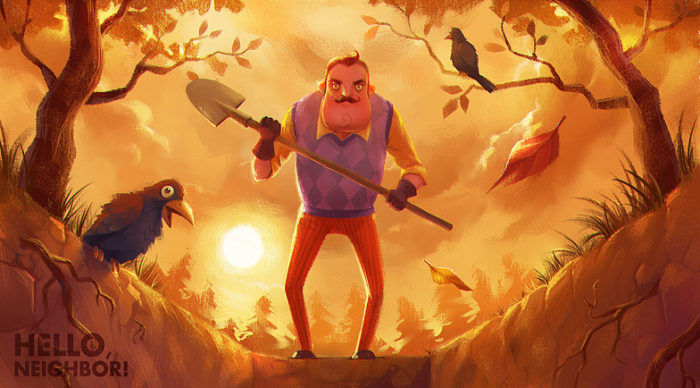 The survival game Hello Neighbor has been a big success for publisher tinyBuild, as proven today in a press release that highlights so impressive figures. Most notably, it’s been played over 30 million times and, thanks to strong sales of its spinoff book series, has earned $16 million in the process.

An accompanying infographic details various key facts and figures, including its audience of mostly 8-16 years old located in the US, China, Russia, Germany, France, South America.

CEO at tinyBuild Alex Nichiporchik provides some supporting commentary, explaining that the current trend of the video game market is not in favor of publishers. Instead, success depends on the publisher innovating ways to create a long-lasting IP:

“Indie publishing is dead. It stopped being a sustainable business model the minute the number of mid-size publishers exceeded the number of good games being developed. Instead of focusing on one-off publishing deals, it’s better to build strong and entertaining brands. That means a large in-house development infrastructure that can support both internal games and external studios.”

Nichiporchik also points to understanding the game’s audience as key to strategizing post-launch support. He reminds us that despite less than impressive early review scores, the game’s target market was enjoying Hello Neighbor.

This prompted the publisher to invest in building out the lore of the game’s universe with a successful spin-off book series by children’s author Carly Anne West. At present, that book series has sold 2M copies and received massive traction among Hello Neighbor fans.

Hello Neighbor first launched back in 2017 and is now available on PS4, Xbox One, Nintendo Switch, PC, and Android and iOS devices.