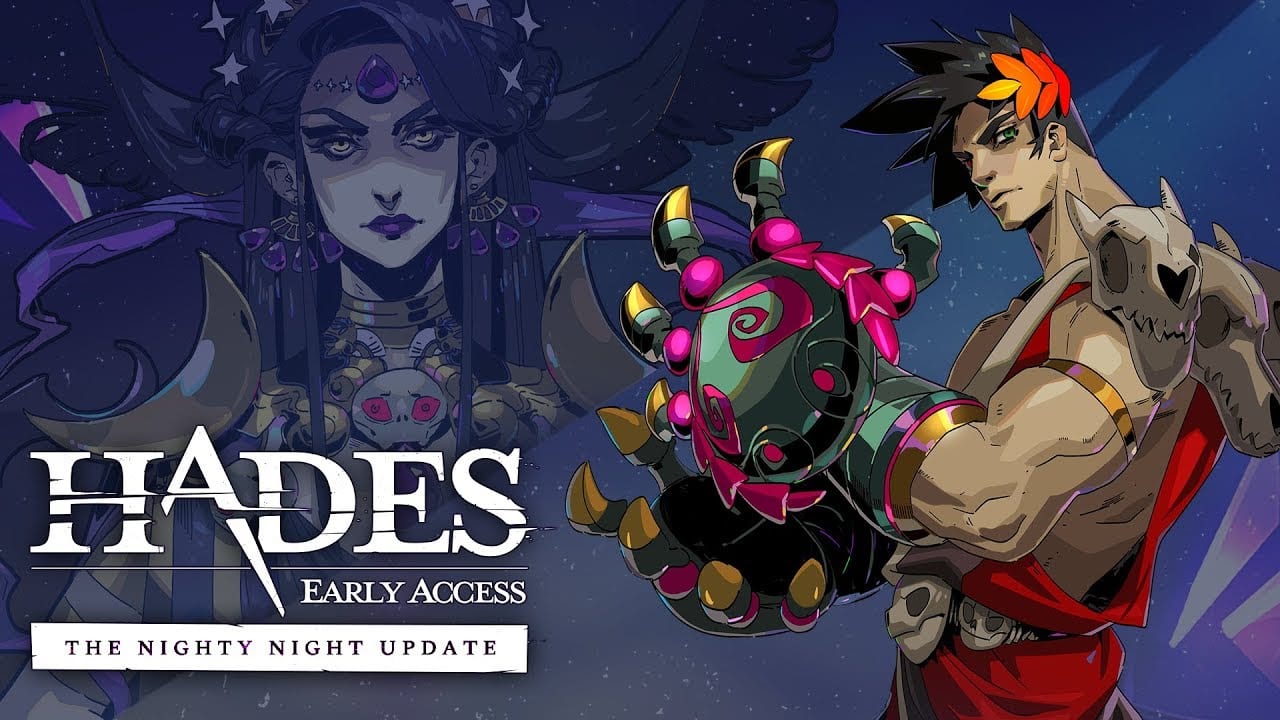 Developer Supergiant Games has today unveiled the latest update for its rogue-like Hades, and it’s a substantial one. The patch brings a huge number of visual and audio tweaks, rebalancing of various weapons and abilities, and a bunch of new events and story chapters to work through. As has become typical of Supergiant for these sorts of updates, the developer has published a trailer that provides a full overview of the changes.

As for the patch notes, we’ve listed the Nighty Night Patch’s key takeaways below, but you’ll want to head over to Supergiant’s Steam page for the full list of changes.

• Malphon, the Twin Fists: pummel your foes into the ground with this furious close-quarters weapon
• Mirror of Night Rework: now with twice the Talents, inviting more choices to fit your playstyle
• Aspect of Arthur: wield the might of Holy Excalibur with this legendary Aspect of the Stygian Blade
• Improved Visual Effects: we’ve made frenetic combat easier to parse without compromising the oomph
• New Pact of Punishment Conditions: see if you can survive Benefits Package and Routine Inspection
• Administrative Chamber: access your Permanent Record beyond a mysterious locked door in the House
• New House of Hades Events: the god of the dead’s residence is livelier than ever
• Expanded Story: hours of added narrative featuring Nyx, Chaos, Artemis, Zeus, and more

Published alongside the update notes,

Today’s Nighty Night update follows on from the Long Winter, which released back in January.

Hades is available in Early Access on Steam and the Epic Games Store.