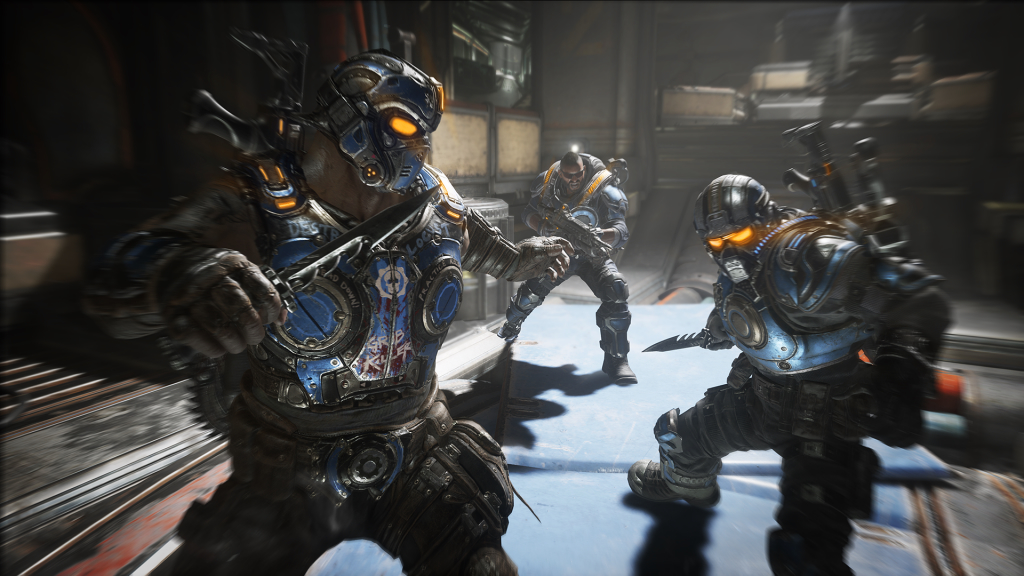 Gears 5 launched its third season of content with Operation Gridiron today, adding more characters, maps, and more alongside a huge update of changes and fixes.

Revealed last week, Operation 3 adds four new characters to earn or buy, such as Gears’ favorites Augustus Cole and Clayton Carmine, alongside a new Tour of Duty with new cosmetics.

The playable multiplayer characters can be unlocked in-game by earning 30,000 XP, bought with premium currency Iron, or purchased in the Operation 3: Gridiron Bundle which also includes the Hot Rod weapon skin set, 1000 Iron, and 30 days of boost for $19.99.

Gears 5 is also receiving 32 new achievements, totaled at 290 gamerscore, that can be retroactively. The list of challenges is split between Versus and the Horde/Escape modes.

Title Update 5 is dropping alongside the Operation, bringing a huge list of changes for all modes. The full patch notes include fixing Jack’s abilities in co-op campaign, improved bot behavior, physical changes to the Icebound map, and more.