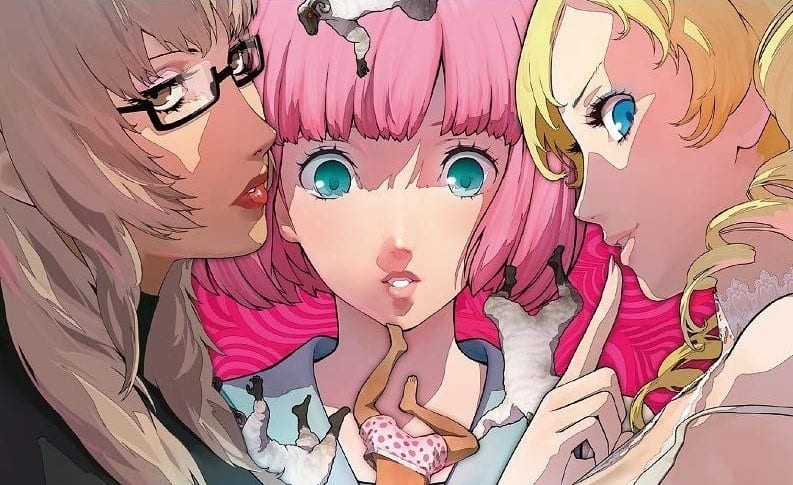 In today’s Nintendo Direct Mini, Catherine: Full Body, from the creators of the Persona series, has been announced for Switch.

The game will release on Nintendo’s console on July 7, 2020.

Catherine: Full Body is an enhanced port that focuses on the life of Vincent Brooks, a slacker whose girlfriend, Katherine, wants to take things more seriously in their relationship. Vincent soon meets another girl named Catherine (it gets pretty confusing), who manages to seduce her way into Vincent’s life.

Confused, Vincent realizes he must make a choice on who to be with. Soon afterward, Vincent starts to have strange dreams where he must climb towers by solving sliding puzzles.

This enhanced port, however, adds even more gameplay, and a third love interest for Vincent named Rin, someone with a lot of charm, but even more secrets.

The gameplay is sorted into two sections, daytime, where you can socialize with Vincent’s friends and love interests, and nighttime, where you fall into nightmares and have to climb in order to survive.

Throughout the story, you’re constantly asked questions which will determine how things play out, and who you will end up within the end. The game is rather short, being around fifteen hours, but there is a lot of replayability.

Catherine: Full Body will be priced at $49.99. A physical launch edition will be availabl until supplies last including a sheep keychain.