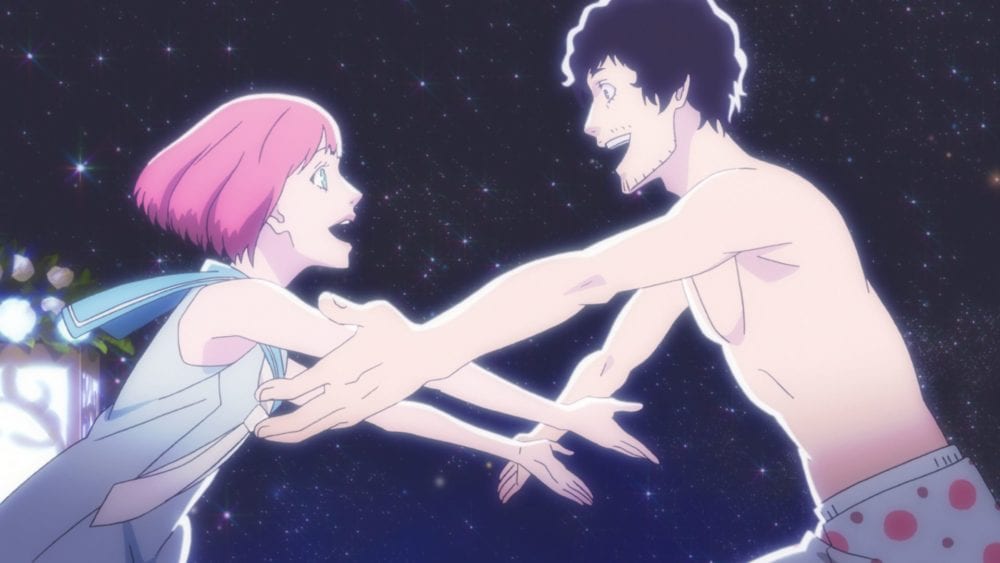 When Catherine originally released back in 2011, it was clear that Atlus had something special on their hands. There weren’t too many mainstream games out there that dared to actively tackle themes of relationships, promiscuity, and infidelity. Violence and gore? Sure, no shortage of those. But anything to do with sex and cheating? You’d be hard pressed to find a game that’s all about that raunchy goodness.

Catherine was an utterly compelling tale about the conflict between remaining faithful to your longtime partner and running off with your ideal mate. So how does Catherine: Full Body stack up as a re-imagining of the risque tale?

Not very well, it seems.

Let’s start from the beginning. Players take control of Vincent Brooks, a 30-something year old man who’s in a long-term relationship with his high school sweetheart Katherine. She’s pregnant, she wants to get married, he’s a little freaked out.

Enter Catherine, a much younger woman who apparently checks all of Vincent’s boxes in what he wants in a potential partner, and they have a one-night stand.

Things aren’t as simple as cheating and trying to hide it from Katherine, though. There’s also a curse called the Woman’s Wrath going around, where men who cheat are sent to a nightmare world when they sleep, and they’re forced to face their deepest fears and climb a never-ending tower of blocks, or die.

If it sounds like this game has a lot going on narratively, that’s because it does.

There’s so much to unpack and explore here, from Vincent’s ability to juggle his relations with the two girls, to the supernatural wonder of the nightmare world, not to mention the flavor text and stories you get from interacting with the side characters, who flesh out Catherine’s mythos even further.

Catherine: Full Body seeks to shake things up by introducing a third party named Rin. Right off the bat, we’re introduced to Rin as an amnesiac young girl who’s rescued by Vincent in a dark alleyway. As the story progresses, the game actively pushes the idea of Rin as yet another romantic option for Vincent, further complicating matters.

There are two problems here. First, the introduction of Rin feels incredibly forced and so aggressive to the point where she basically takes center stage for the entire first half of the story. Seriously, Rin is so in your face that you’d be forgiven if you forgot that Catherine and Katherine still existed in this game.

Without spoiling anything major, it’s also worth noting that Catherine: Full Body does come with new story branches involving Rin. However, if you fail to get locked into the new story route before an undisclosed cut-off point, Rin disappears from the game completely, and you’re back to the vanilla Catherine stuff.

This ends up leaving a jarring narrative gap in Full Body, as it’s almost impossible to know how to even get locked into the Rin route, and you’ll likely end up feeling a little jibbed as she’s wrenched away for no apparent reason.

Secondly, Rin’s aggressive inclusion is a massive detraction from the original conflict between Katherine and Catherine. The former leading girls take a backseat to Rin, and it’s pretty damn obvious that Atlus really wants you to pay attention to the new kid on the block.

This wouldn’t be so bad if Rin was actually a compelling character, but she isn’t really. Her portrayal in the first half of the game paints her as this innocent, almost childlike figure who claims to accept Vincent for exactly who he is, flaws and all.

When you have a seemingly ‘perfect’ character like this, it feels like there’s almost no point to the original conflict that stemmed from the core of the game. Who cares about remaining loyal to your faithful girlfriend or running off with the new chick, when there’s Rin, who’s always there for you with open arms?

Of course, Rin’s story isn’t as clear cut as you might expect and there are a couple of twists involving her, but her story never goes anywhere meaningful and only serves to trip up an already solid narrative that existed in the original game.

There are several other great story additions in Catherine: Full Body, though, such as brand new animated cutscenes that help to flesh out Katherine even further.

Interspersed between the puzzle sequences are little flashbacks of Vincent and Katherine’s early days in their relationship, and we get an idea of how the two got together in the first place.

It’s a nice touch that helps to make Katherine feel more like a relatable character, as compared to her somewhat one-dimensional portrayal in the first game. Both Katherine and Catherine also get brand new endings, both of which are cute as hell and definitely worth checking out if you were a fan of the original release.

Then there are the gameplay improvements, for which I am eternally grateful. Having played the original Catherine puzzles to death, I was pleased to see that Full Body included a brand new Remix mode, which added new linked blocks to contend with.

Whereas in the original game you would pull blocks out individually, linked blocks are basically clusters of blocks that move together. As you progress, you’ll encounter even more shapes that can really throw you off while climbing.

It’s a simple change, but one that fundamentally changes the way you think about the block towers in Catherine. In fact, the linked blocks pretty much force you to throw out most of the techniques and tricks you’ve cultivated from the original game, and come up with new ones.

Pulling out linked blocks constantly feels like a risk, especially if you’ve always been the kind of player to climb impulsively without thinking ahead. Catherine: Full Body starts off simple, but by the time you reach the third level, things start to get seriously scary.

Catherine fans will also be pleased to know that the Clock Tower stage (AKA the best one) gets even better in Remix mode, and even more challenging, if that were possible.

I consider myself to be pretty decent at Catherine’s puzzles –weird flex, I know– and I can’t overstate how refreshing it is to see Atlus actually give some thought to how they could reinvent their well-designed puzzle formula to make it even more challenging and different for veterans.

The Clock Tower continues to be my personal favorite stage in this game courtesy of Remix mode, and the new story stages provide some serious challenges that will test you.

Catherine: Full Body also lets you switch to Classic mode whenever you want, which is basically vanilla Catherine puzzles without the linked blocks. Difficulty settings can now be changed on the fly, with a new Safety setting that even allows you to skip puzzles without completing them.

I’d recommend not doing that for a first playthrough, of course, as the puzzle elements are easily the best part of Catherine. To this day, I’m still in awe at how innovative and just how well the block towers work in this game.

Blocks in Catherine can connect at their edges and lock into place, allowing you to create some seriously impressive structures as you find a way to climb to the top. Things get trickier as new trap blocks get introduced, including spiked blocks, icy blocks, cracked blocks, and explosive blocks.

You’ve got blocks for days, and the expanded Babel challenge mode is a serious paradise for players who just can’t get enough of the well-designed puzzle gameplay.

Other quality-of-life improvements include the ability to skip puzzles you’ve already completed on non-Safety difficulty settings. Catherine: Full Body is a game that’s designed to be replayed multiple times, so having that option is nice.

Text messages now allow you to choose from a menu of pre-set responses, rather than having to mash a button and delete a response just to see what the next option is.

Despite my gripes with Rin and how completely pointless she is, I’d be lying if I said the action-packed climax and high points didn’t still get my heart pumping when those scenes played out.

Full Body is still a very fun, enjoyable romp through Vincent’s romantic life, and it’s a great first-time experience for anyone in their late 20s to early 30s.

Catherine: Full Body really didn’t need a brand new character to keep things feeling fresh; in fact, that only detracted from the original experience and somehow made it worse.

If you can look past that, though, there are new story elements here that help to enhance and develop its existing characters to make them feel more relatable. If not, well, at least the puzzles are awesome.

Should You Buy Catherine: Full Body?

Catherine: Full Body will release on PlayStation 4 on Sept. 3.

Catherine: Full Body is developed by Atlus and Studio Zero, and published by Atlus.