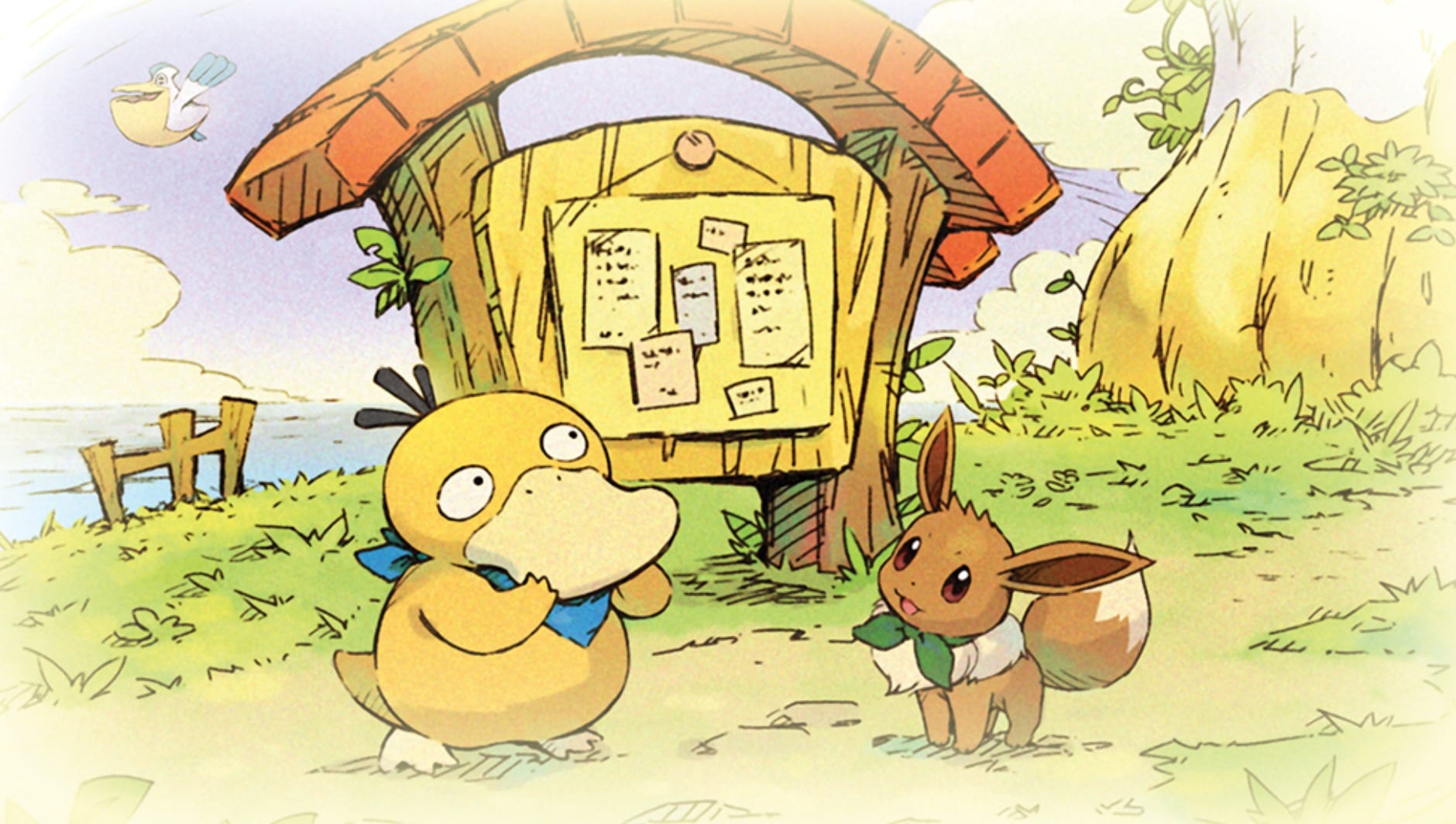 The gameplay revolves around going into procedurally generated dungeons to complete missions and fight against other Pokemon. You play as the main character, who happens to be a human that mysteriously turned into a Pokemon one day and is trying to figure out just what the heck happened.

This first trailer is a bit longer than the other one and goes in-depth on Makuhita’s Dojo, which is a place in the game that you can go to train yourself and other Pokemon on your rescue squad.

This second trailer gives us a look at how you get to choose your partner Pokemon at the beginning of the game and introduces us to some of the other residents of Pokemon Square such as Lombre, Gengar, Blastoise, Diglett, and Magnemite:

Pokemon Mystery Dungeon: Rescue Team DX will launch exclusively for the Nintendo Switch on March 6, 2020. There is a free demo available now on the Switch eShop that will let you play the first couple of missions and you can also transfer the save data to the full game if you end up purchasing it –which will cost $59.99.