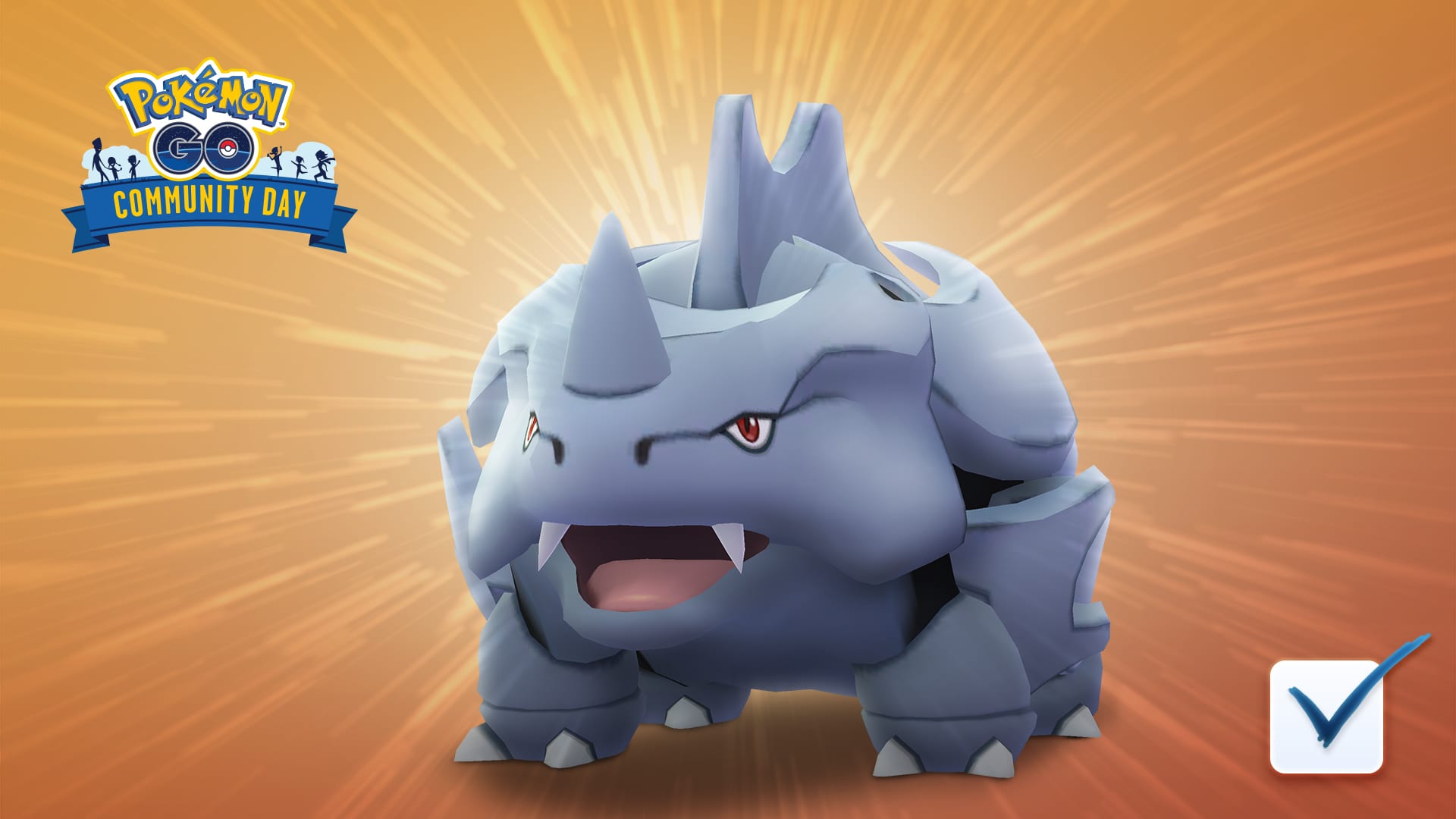 Niantic announced today that Rhyhorn received the most votes of the eligible Pokemon to be featured in the February Community Day. The Rock/Ground-type beat out the likes of Vlupix, Dratini, and Machop to claim this victory.

This wasn’t entirely unexpected since we already had a Dratini Community Day once, Vulpix isn’t especially useful in PvP or PvE and the exclusive move Machamp would have learned was not very appealing compared to the movepool it already has.

This will be the second time that a Community Day in Pokemon GO will focus on a creature that can reach its third stage with the use of a Sinnoh Stone. Ralts was the first, but it could also evolve into Gardevoir without the evolution item.

Luckily Sinnoh Stones are a bit more common now than they were in the past, but it’s still not as straightforward as evolving with candies. There are no plans on giving free stones to players, but there’s at least never a shortage of candies on Community Days thanks to the high spawn rates.

When you evolve a Rhydon into Rhyperior up to one hour after the event ends it will learn the exclusive Rock-type move, Rock Wrecker. There’s no information on how powerful the move is so we’re not yet sure if it will replace Stone Edge as Rhyperior’s go-to Rock attack.

As always, this also means that you’ll be able to find a shiny version of Rhyhorn in the wild. This alternate color has a reddish hue that turns a little sand-colored on shiny Rhydon and shiny Rhyperior’s armor is almost neon yellow instead of burnt orange.

Finally, all the Stardust you get from catching Pokemon will be tripled during this Community Day. You can get all this great stuff from 11 a.m. to 2 p.m. (3 p.m. to 6 p.m. in the southern hemisphere) local time on Feb. 22.

This is just one of many events in Pokemon GO that’s filling a packed February. If you want to learn about what else is going on this month, then you can find out here.