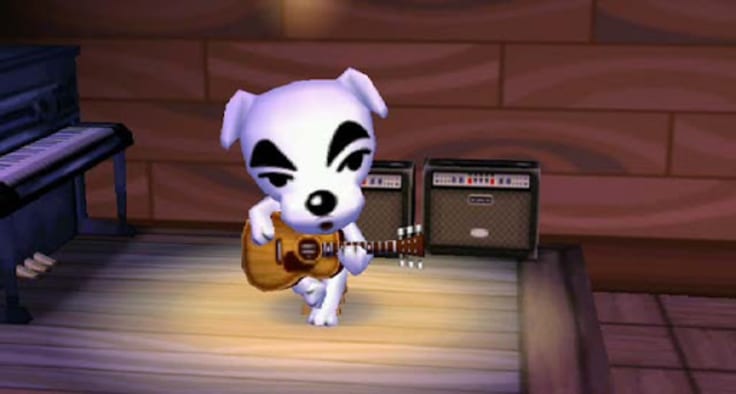 There are less than seven weeks left until Animal Crossing: New Horizons launches for the Nintendo Switch and I know that some of you are very thirsty for more Animal Crossing content, including myself, so here’s a SoundCloud album containing 23 cover tracks performed by none other than the most chill dog in the world, KK Slider (via Know Techie).

There are plenty of different genres of covers too, ranging from Call Me Maybe by Carly Rae Jepsen, All Star by Smash Mouth, Know Yourself by Drake, and plenty of other fantastic jams.

The most listened to track off of the album is a cover of Hey Ya by OutKast and listening to KK Slider sing his heart out is super endearing and is a must-listen.

I really hope that KK Slider makes a big appearance in New Horizons –can he please just perform an intimate concert in my house so I can invite the entire town and become the most popular villager on the island? That’s all I want.

Also, there’s a new special edition Nintendo Switch console that’s Animal Crossing-themed, which is something else that I really, really want. But, if you’re like me and don’t want to spend an unnecessary amount of cash, you can always buy an empty box with the console design.