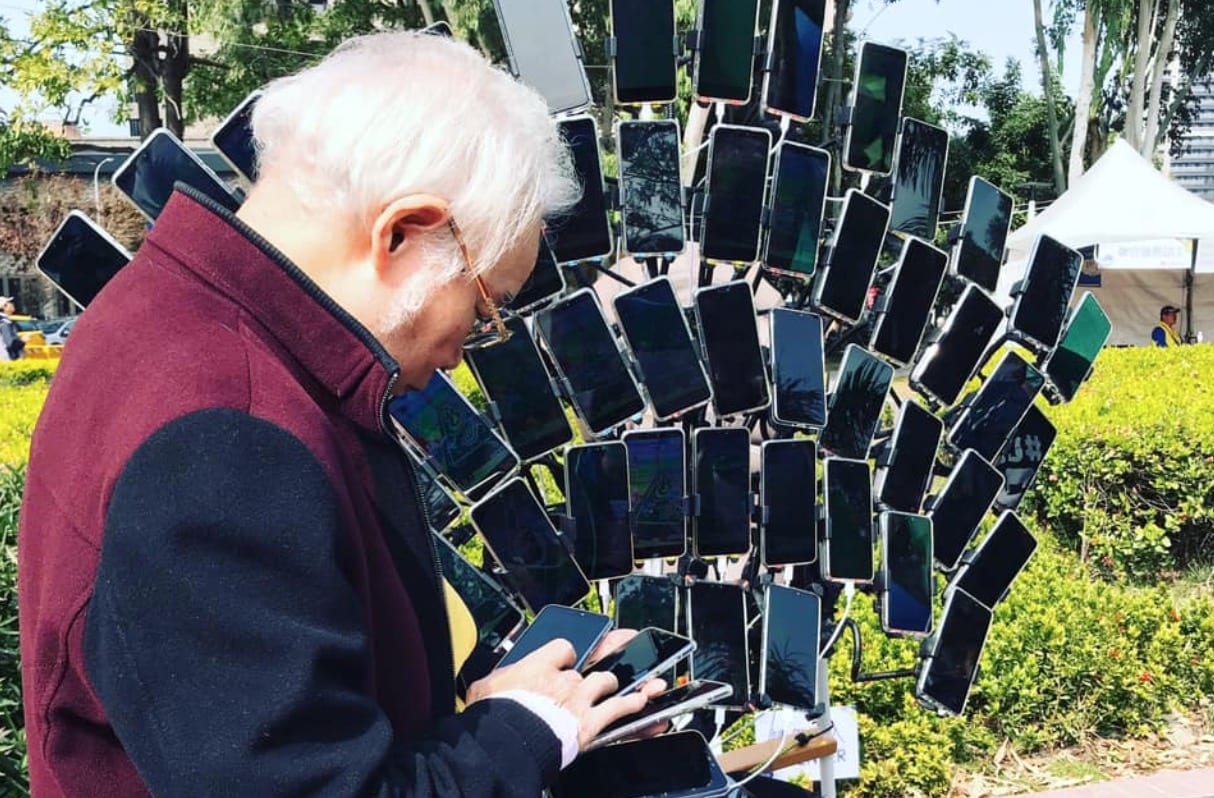 This past weekend in Taiwan, there was a special non-ticketed Pokemon GO event during the Lantern Festival in Taichung City and specific Electric-type Pokemon were able to be caught more often to celebrate the light-themed event. Also, there was a very well-known Taiwanese super-fan out and about that was playing Pokemon GO with a whopping 67 smartphones.

The 70-year-old Poke-fan, Chen San Yuan, was hired last year as a brand ambassador for ASUS, a company that develops smartphones and tablets, and replaced all of his smartphones with a brand of their own, but that was back when he only played with 21 smartphones and they were all attached to his bike while he rode around the city.

Chen San Yuan was spotted during the event in Taiwan this past weekend and instead of having a bike with the phones, he created a little stand to support all of his phones –talk about dedication.

There are some other Pokemon GO events happening during the springtime so if you’re interested, you can read more about those right here. There’s going to be one in Missouri, one in the UK, and one in Philadelphia.

Also, Pikachu Libre is coming to Pokemon GO, so what else can you really want?