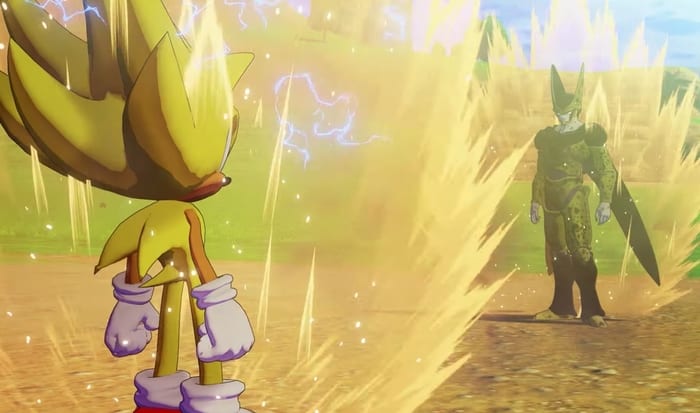 Dragon Ball Z: Kakarot is now out for all of the DBZ fans to check out and this past weekend, we reported on an Untitled Goose Game mod that turns Goku into the famous goose and this time, there is a mod that turns Gohan into Sonic the Hedgehog himself and it’s absolutely wonderful.

This Sonic mod comes from Beatz over on YouTube and Twitter and while the mod is still currently in progress, they have released a couple of videos of showing Sonic in action facing off against Cell. Sonic can even go Super Saiyan which is basically the same as Sonic going Super Sonic in his games.

Sonic fits into the game way more than the goose does and you cannot deny that we just simply need a new Sonic fighting game now.

You can watch this ultimate battle between Super Sonic and Cell down below. As I mentioned before, the mod isn’t available to download yet, but the creator states that the mod will be released soon:

You can also watch this other video from Beatz that shows Sonic exploring the overworld a bit and fighting against some wild robots. Man, Sonic is just really cool.

You can look forward to Twinfinite’s review of Dragon Ball Z: Kakarot in the coming days!