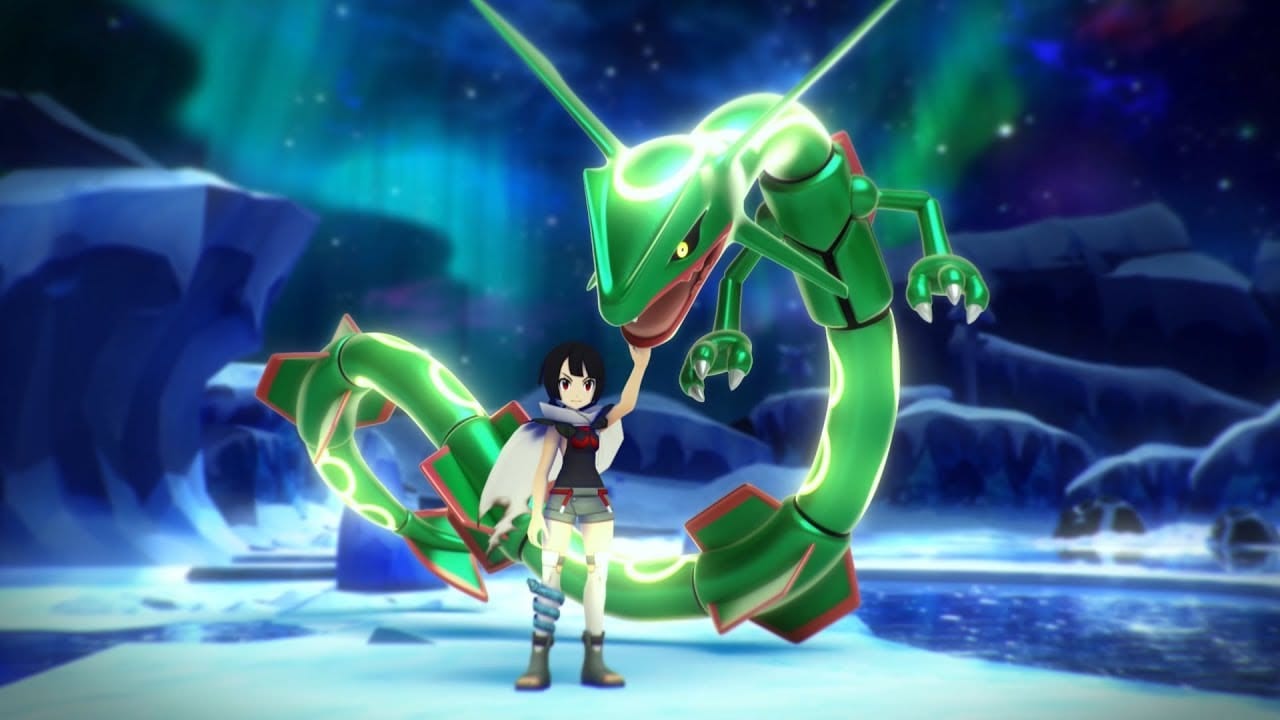 DeNa is today celebrating the 20 million download milestone for Pokemon Masters by giving away 1500 Gem Stones to players. Further, the developer has announced the game’s next event called The Dragon That Rules The Sky, which will launch next month, Feb. 13. It will see two new sync pairs added to the game, including one Legendary sync pair.

In The Dragon That Rules The Sky, players will embark on an adventure with Hoenn region Trainer Zinnia and Alolan region Pokemon Professor Kukui to investigate a wild Pokemon sighting – the first of its kind on the island of Pasio.

Players who earn enough in-game rewards during the event will be able to add the powerful duo of Rayquaza & Zinnia to their teams. Similar to other Legendary Events, special items obtainable only in this event are required to “Unlock Level Cap” and learn “Moves & Skills” for Rayquaza & Zinnia.

Players who log in each day during the in-game event will be able to obtain up to 4,200 free gems, enough for 14 tries to add new sync pairs to your team.

Other sync pairs being added to Masters slightly earlier than the aforementioned event include Leaf & Eeve on Feb. 5, as well as Kukui & Lycanroc, who are available from today.

A trailer showcasing both Rayquaza & Zinnia as well as another sync pair to be added to the game in the near future, Steven & Metagross, can be seen below.

Today’s news of more upcoming sync pairs follows on from Giovanni & Mewtwo back in December, and the addition of the Legendary Pokemon Solgeleo earlier this month.