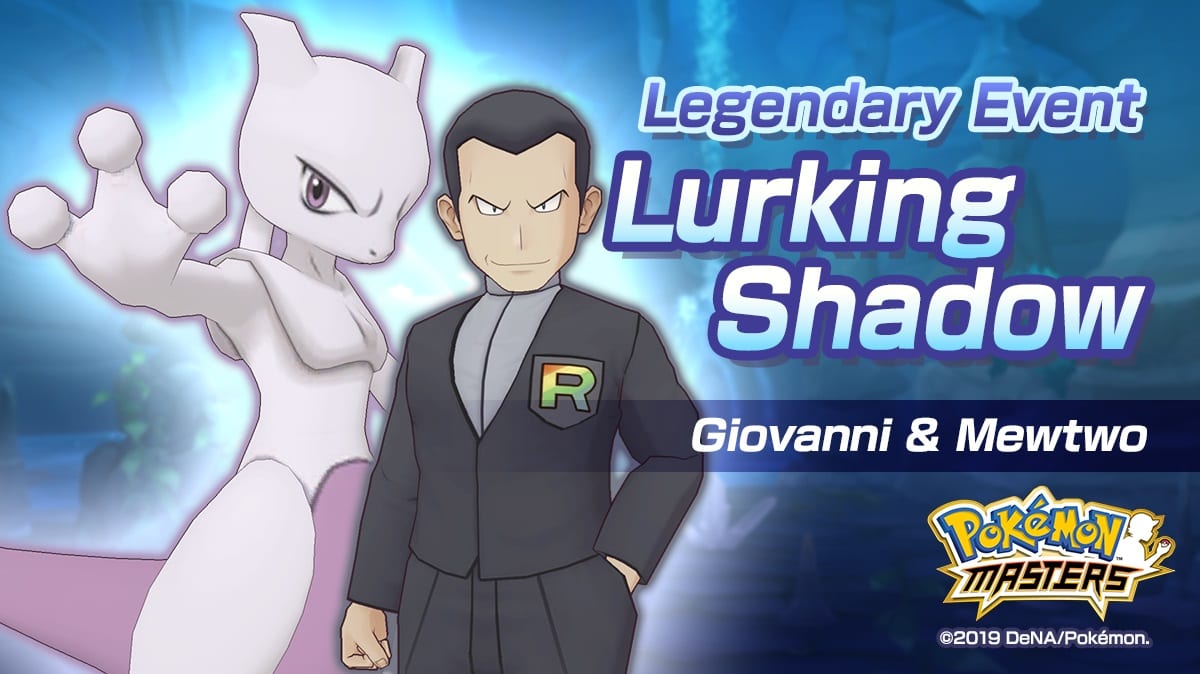 Developer DeNa is set to add a new sync pair to its mobile game Pokemon Masters later this month. Giovanni, the infamous leader of Team Rocket, is paired with the legendary Pokemon Mewtwo. The powerful duo’s addition is celebrated in a new trailer that showcases just how formidable the combination is when engaged in a new event called Lurking Shadow.

The event is scheduled to begin later this month, Dec. 18, challenging players to take down Giovanni and Mewtwo. In addition to offering an exciting battle, the event will provide players with more insight into their arrival on the island of Pasio and their relationship with Team Break, the primary antagonists of the game.

Players who earn enough in-game rewards during the event will also be able to add the powerful duo of Giovanni & Mewtwo to their teams. Different than most sync pairs, special items obtainable only in the event will be required to “Unlock Level Cap” and learn “Moves & Skills” for this sync pair.

You can also check out the below gallery demonstrating how the pair appear on-screen.

Giovanni and Mewtwo’s arrival is due to launch in tandem with additional content added to Pokemon Masters. This includes:

Today’s news follows on from an earlier announcement that laid out December’s roadmap of content updates.