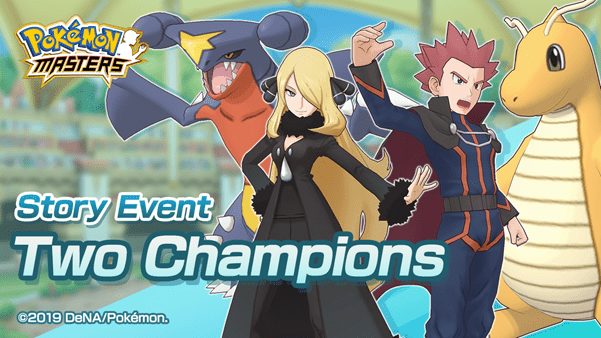 Developer DeNa has today announced the release of a new Pokemon Masters update that allows players to pair the game’s main character with a new legendary Pokemon, Solgeleo. Additionally, it marks the arrival of two highly-anticipated Dragon-type sync pairs with trainers Lance and Cynthia. The content is tied into no less than three new in-game events between now and the end of January.

First up, to get Solgele, players take part in a new in-game event called “The Beast That Devours The Sun,” which allows players to earn special items required to “Unlock Level Cap” and learn “Moves & Skills” for Solgaleo.

As for the new sync-pairs, Lance (first seen in Pokemon Red and Blue), is now available and forms a sync pair with his partner Dragonite. Cynthia, the Sinnoh region Champion from Pokemon Diamond and Pearl, has also been added to the game with her partner Garchomp.

The pair feature in an in-game story event titled “Two Champions” and is available to players who have completed Chapter 4 of the main story. The character-specific sync pair spotlight scouts and story event will be available from now until Jan. 22.

Finally, a celebratory event called “The New Year’s Rally” will be available for a limited time from now until Jan. 22, and will reward players with up to 7,000 gems for playing special missions and logging into the game.

Players will notice that during this time The Pokemon Center in-game will also be decorated with a festive background throughout this time period.

Today’s update follows on from a previous that added Team Rocket’s leader Giovanni to the game.