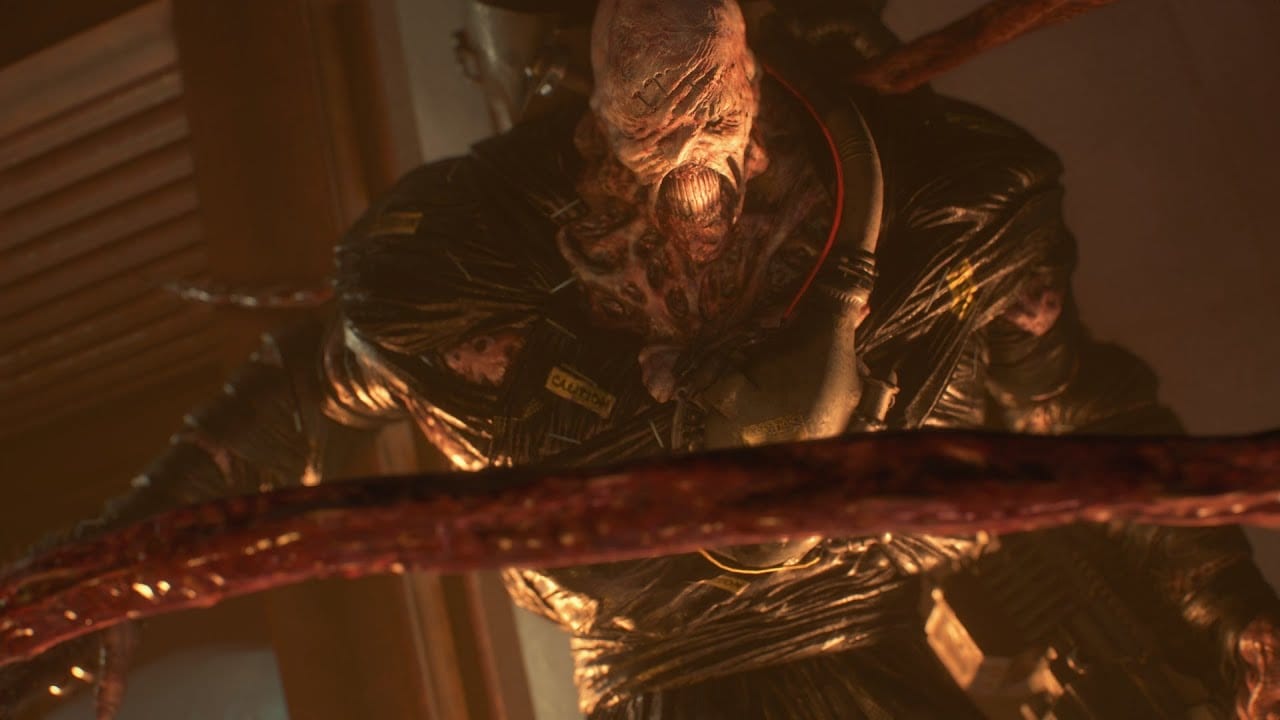 Capcom’s Resident Evil 3 remake has a new trailer today, and it depicts a more action-focused survival horror experience than its predecessor. We’re shown explosions, chase sequences, and protagonists Jill and Carlos kickin’ butt with shotguns and M16s as they battle their way out of Raccoon City. The S.T.A.R.S-eating monstrosity Nemesis is ever in hot pursuit, too, now wielding a new giant flamethrower.

It definitely seems as though this latest remake will have less of that eerie, suspenseful build-up that was such a big part of the previous one. Of course, that’s more or less in line with the differences between the original two games, but things appear to have been dialed up even further here.

The heavier focus on action isn’t entirely unexpected; producers Masachika Kawata and Peter J. Fabiano explained to Famitsu only weeks ago that this would be the case.

Another key takeaway from the trailer’s footage is that Nemesis’ redesign from the original, and he’s now packing serious heat, literally: gone is the rocket launcher of old, replaced with a massive flamethrower.

In addition to Jill and Carlos, we’re shown our first glimpse at some of the other U.B.C.S squad members that feature throughout the game’s story, including Nicholai and Mikhail.

Today’s trailer follows on from the original Resident Evil 3 Remake reveal back December of last year.

In related news, while we’ll have to wait until next April Nemesis’ big, ugly mug in the flesh, he can already be heard stalking the area around Racoon City’s police department in the Resident Evil 2 R.P.D demo.

Resident Evil 3 Remake launches on PS4, Xbox One, and PC this April 3. It launches in tandem with the Project Resistance co-operative multiplayer mode.