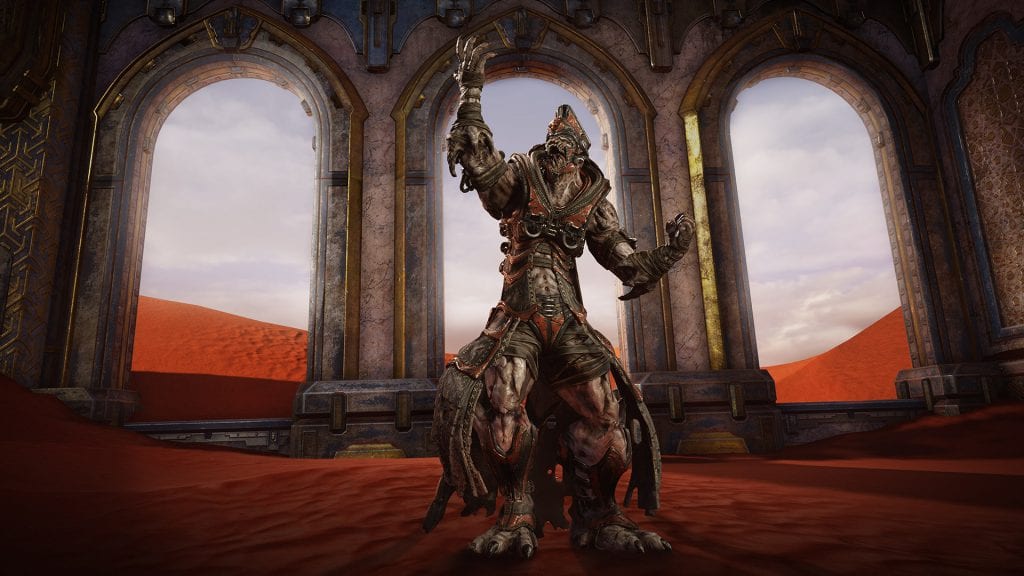 Gears 5 developer The Coalition gave a few details on what is coming in the game’s Title Update 4 releasing next week.

The biggest addition with the Title Update 4 is the new playable multiplayer character Kantus, representing the villian side. The Kantus is the fifth and final character to be released during Operation 2.

The character is only playable in the Arcade Versus mode, and is a mirror of Lizzie Carmine when it comes to abilities.

Kantus can be bought for 500 Iron, included with the Gears 5 Operation 2: Free For All bundle at $19.99 for new and existing owners, or crafted through equipping the totem with Scrap and completing these challenges:

Also coming in the update is an “Estimated Wait Time” feature that will estimate how long a match could be found within the specific playlists.

The Coalition said that the Ranking system is a “top priority” for the studio after the community reported getting placed in mismatched lobbies and receiving negative points after winning a game.