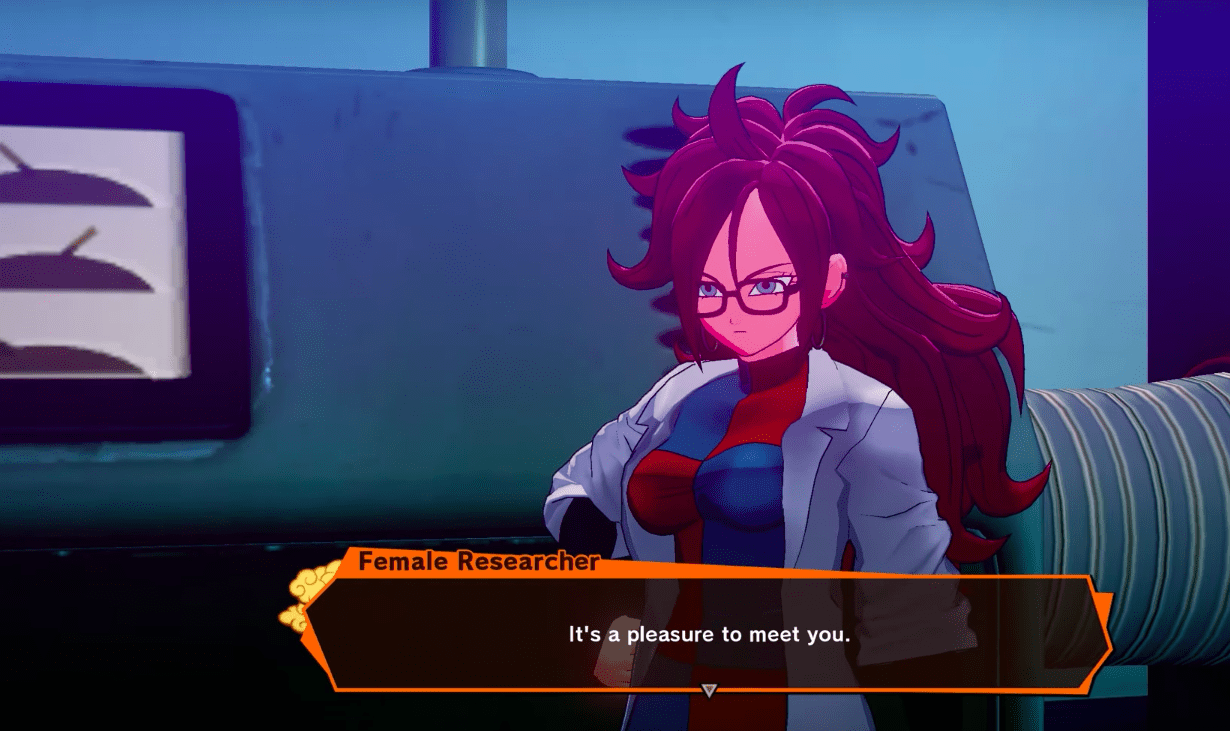 Where to Find Android 21 in Dragon Ball Z Kakarot

After playing through a certain portion of Dragon Ball Z Kakarot, after the Frieza Saga, you’ll gain access to a gameplay feature known as Special Training, offered by none other than Android 21 herself. She can be found at Capsule Corp. in the same room where you can talk to Bulma.

However, she and the gameplay feature she offers are easy to miss. They unlock at different times for players based on whether they pre-ordered the game or not, and are an entirely optional feature of the game.

Fortunately, they’re easy to find so long as you’re aware of when to look for them. If you pre-ordered the game, then Android 21 and the secret feature will become available shortly after you begin the Android saga and go to talk to Bulma.

If you didn’t pre-order the game, then you can find them during the latter half of the Buu saga or, if you’ve played too far into the saga to be able to explore the world freely, during the post-game.

What Secret Training Does

As for what the Secret Training in Dragon Ball Z Kakarot does, it’s a bit of an extra challenge for those who want to enjoy the game to its fullest.

Through it, you can take on the new character Bonyu in increasingly difficult secret boss fights. Defeating her will net you a boat load of experience as well as some rare items, while also pitting you against one of the hardest enemies in the game.